Justin Kobylka ended up hatching a snake with three yellow smiley face emojis on its scales. 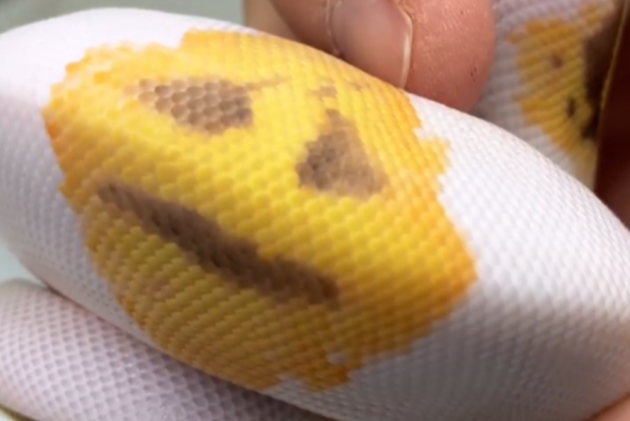 Kobylka, who has been breeding snakes for 19 years, said that he was trying to breed bright golden yellow and white ball pythons when he ended up hatching a snake with three yellow smiley face emojis on its scales.

“One in every 20 animals can have a smiley face on it,” Kobylka told CNN.

Last year, in November, a rare albino krait snake was found in Chhattisgarh.

In June 2020, a rare Red Coral Kukri was found in Dudhwa National Park in Uttar Pradesh.