The march stretched from the Lincoln Memorial to the US Capitol, and was organised by the Rev. Franklin Graham, a prominent conservative evangelical and Trump supporter. 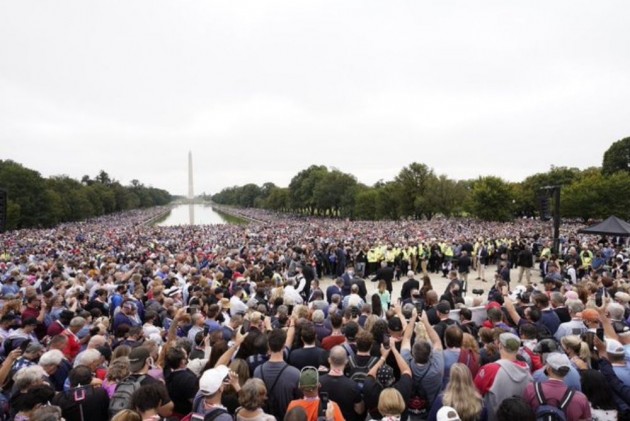 Thousands of people packed the National Mall in downtown Washington on Saturday to pray and show their support for President Donald Trump.

The march, which stretched from the Lincoln Memorial to the US Capitol, was held just hours before Trump was set to announce he was nominating a conservative judge for the Supreme Court.

Vice President Mike Pence, speaking from the steps of the memorial, said he came to extend Trump's “greetings and gratitude” and asked them to pray for the new Supreme Court nominee.

The march was organised by the Rev. Franklin Graham, a prominent conservative evangelical and Trump supporter. Many in the crowd appeared to be students of Liberty University in Virginia.

Franklin Graham thanked people in a twitter post for participating enthusiastically in the Washington Prayer March. He said, "It was amazing to see the crowd of people who came to Washington, D.C., from all across the country to pray for our nation and our leaders"

It was amazing to see the crowd of people who came to Washington, D.C., from all across the country to pray for our nation and our leaders. pic.twitter.com/O4VFZoRxPn

(With Inputs from Associated Press (AP) )