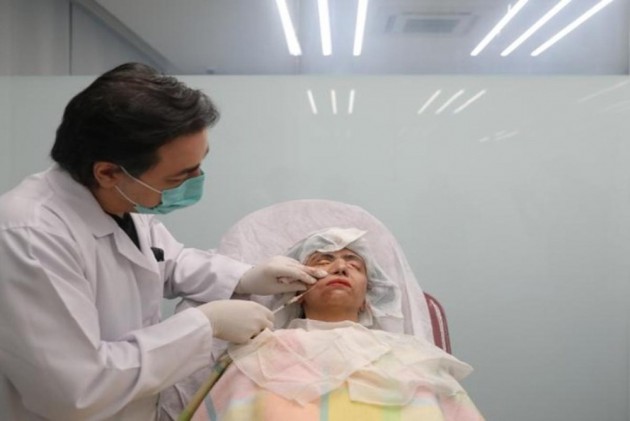 Life is not as simple as it may seem – ten years ago, Masoumeh Ataei filed for divorce, and her ex-husband’s father attacked her with acid, Reuters reported. The 27-year-old Iranian woman, the mother of a two-year-old boy, was disfigured, severely burned on her face and hands, and lost her sight.

For all these years, she underwent 38 operations and relived the pain to rebuild her skin. However, six years ago, she spent a year in the US for surgery and to regain her sight. Unfortunately, the treatment failed, but this did not stop Ataei from trying.

In 2014, with the funding of a philanthropist, she moved to Washington for a year to undergo vision recovery surgery. It didn’t work again.

“Beauty is not just how people look. If a woman is disfigured or has a blemish on her face, that doesn't mean she isn't beautiful. Beauty can be defined by other criteria,” she told Reuters.

"Perhaps a beautiful face is all a woman has. Once her face is ruined, it is difficult for that person to accept and return to society again," she added.

She said, "I was very troubled, afraid to hear inappropriate things from people and worried about the consequences. However, everyone helped me return to life very positively."

Ataei, a symbol of strength and is now posing for photos, promoting traditional Iranian outfits made by a workshop in Tehran.

She was involved in an advertising project for an Iranian traditional clothing label made in Tehran. She works with fashion photographers and appears in front of the camera in 50 different dresses designed and sewn in traditional Iranian style.

According to Reuters, around 50 people, more than half of whom are women, are victims of an acid attack every year in Iran. This year, Iran's National Assembly passed a law that stipulates that acid-splash perpetrators can be sentenced to death.