'I will be stepping down from my role, effective immediately. Our nation needs a peaceful transfer of power,' Matthews said. 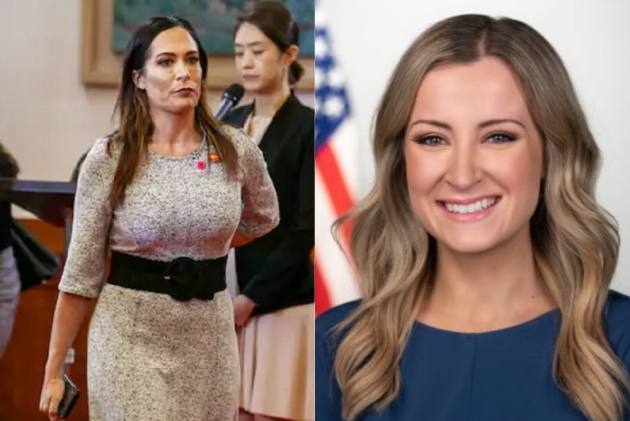 US first lady Melania Trump's chief of staff, Stephanie Grisham, and White House Deputy Press Secretary Sarah Matthews have resigned amid "unprecedented" violence at the US Capitol by pro-Trump supporters.

“It has been an honour to serve the country in the White House," Grisham said in a statement posted on Twitter, the first White House staffer to resign.

“I am very proud to have been a part of Mrs Trump’s mission to help children everywhere and proud of the many accomplishments of this administration," Grisham said. She previously served as the White House press secretary before passing on the role to Kayleigh McEnany in April.

It has been an honor to serve the country in the @WhiteHouse . I am very proud to have been a part of @FLOTUS @MELANIATRUMP mission to help children everywhere, & proud of the many accomplishments of this Administration. Signing off now - you can find me at @OMGrisham âÂÂÂÂ¤ï¸ÂÂÂÂðÂÂÂÂÂÂÂÂºðÂÂÂÂÂÂÂÂ¸

“As someone who worked in the halls of Congress, I was deeply disturbed by what I saw today,” she said.

“I will be stepping down from my role, effective immediately. Our nation needs a peaceful transfer of power,” Matthews said.

White House social secretary Rickie Niceta has also submitted her resignation in reaction to the violent protest by Trump supporters, according to ABC News.

In an unprecedented assault on democracy in America, thousands of angry supporters of Trump stormed the US Capitol on Wednesday and clashed with police, resulting in casualty and multiple injuries and interrupting a constitutional process to affirm Joe Biden's victory in the presidential election.