While landline service continues, NetBlocks warned its analysis and user reports were 'consistent with a regional internet shutdown intended to control protests' 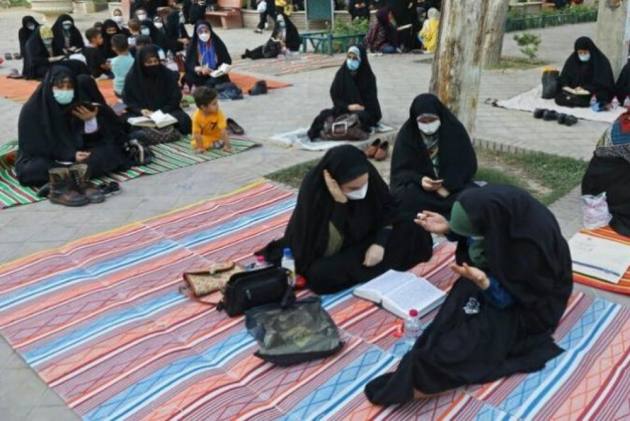 Mobile phone internet service in Iran is being disrupted a week into protests in the country's southwest over water shortages, a monitoring group said Thursday, unrest that has seen at least three people killed.

Internet-access advocacy group NetBlocks.org attributed part of the disruption to “state information controls or targeted internet shutdowns.” It identified the outages as beginning July 15, when the protests began in Khuzestan amid a drought affecting the oil-rich region neighboring Iraq.

While landline service continues, NetBlocks warned its analysis and user reports were “consistent with a regional internet shutdown intended to control protests.”

Iranians Vote To Elect Their New President; Is Iran A Democracy? Here's All You Need To Know

The effects represents “a near-total internet shutdown that is likely to limit the public's ability to express political discontent or communicate with each other and the outside world,” NetBlocks said.

There was no acknowledgement of an internet shutdown in Iranian state media. Iran's mission to the United Nations did not immediately respond to a request for comment.

Activist groups abroad have described internet disruptions in the region in recent days as well. Since the country's 2009 disputed presidential election and Green Movement protests, Iran has tightened its control over the internet.

Tehran deployed a complete shutdown of the nation's internet in November 2019 during protests over gasoline prices. That both limits demonstrators' ability to communicate with each other, as well as the spread of videos of the protests with the wider world.

Protests took place across eight cities and towns in Khuzestan into the early hours of Thursday, according to the group Human Rights Activists in Iran. Security forces fired tear gas, water cannons and clashed with demonstrators, the group said.

Iranian state media have reported the killing of a police officer and two others amid the protests, highlighting videos it alleged showed demonstrators with firearms. However, Iran has in the past blamed protesters for deaths occurring amid heavy-handed crackdowns by security forces.

Iran's government up to its Supreme Leader Ayatollah Ali Khamenei have acknowledged people's anger over the drought, as actors, athletes and activists also call attention to the protests. On Thursday, Iran's outgoing President Hassan Rouhani described the protests as “the people's right.”

“People who are living in 50 degrees Celsius (122 degrees Fahrenheit) with water shortage problems have a natural right to speak out and protest, even to take to the streets," Rouhani said in comments aired by state television.

“We support the rights of Iranians to peacefully assemble and express themselves .... without fear of violence, without fear of arbitrary detention by security forces,” Price said.

Water worries in the past have sent angry demonstrators into the streets in Iran. The country has faced rolling blackouts for weeks now, in part over what authorities describe as a severe drought. Precipitation had decreased by almost 50% in the last year, leaving dams with dwindling water supplies.

The protests in Khuzestan come as Iran struggles through repeated waves of infections in the coronavirus pandemic and as thousands of workers in its oil industry have launched strikes for better wages and conditions.