Who Is Mullah Baradar, The Co-Founder Of Taliban Charting Its Long Road Back To Power

Mullah Abdul Ghani Baradar is now expected to play a key role in negotiations between the Taliban and officials from Afghanistan. 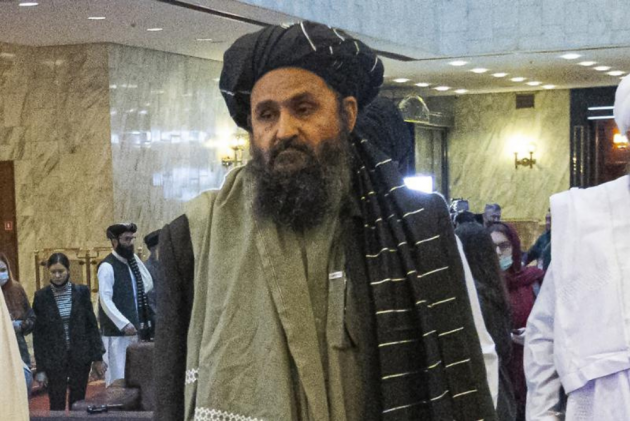 The Taliban's top political leader, who made a triumphal return to Afghanistan this week, battled the U.S. and its allies for decades but then signed a landmark peace agreement with the Trump administration.

Mullah Abdul Ghani Baradar is now expected to play a key role in negotiations between the Taliban and officials from the Afghan government that the militant group deposed in its blitz across the country.

The Taliban say they seek an “inclusive, Islamic” government and claim they have become more moderate since they last held power.

With Taliban Poised To Form Govt In Afghanistan, What Will Be India's Next Move?

But many remain sceptical, and all eyes are now on Baradar, who has said little about how the group will govern but has proven pragmatic in the past.

Who is Mullah Baradar?

Baradar's biography charts the arc of the Taliban's journey from an Islamic militia that battled warlords during the civil war in the 1990s ruled the country in accordance with a strict interpretation of Islamic law and then waged a two-decade insurgency against the U.S. His experience also sheds light on the Taliban's complicated relationship with neighbouring Pakistan.

Baradar is the only surviving Taliban leader to have been personally appointed deputy by the late Taliban commander Mullah Mohammed Omar, giving Baradar near-legendary status within the movement.

And he is more far more visible than the Taliban's current supreme leader, Maulawi Hibatullah Akhunzada, who is believed to be in hiding in Pakistan and only releases occasional statements.

On Tuesday, Baradar landed in the southern Afghan city of Kandahar, the birthplace of the Taliban movement he helped found in the mid-1990s. Ending 20 years of exile, he was thronged by well-wishers as he stepped off a Qatari government aircraft and drove off in a convoy.

Baradar, who is in his early 50s, was born in the southern Uruzgan province. Like others who would eventually become Taliban leaders, he joined the ranks of the CIA- and Pakistan-backed mujahideen to fight against the Soviet Union during its decade-long occupation of the country that ended in 1989.

In the 1990s, the country slid into civil war, with rival mujahideen battling one another and carving out fiefdoms. Warlords set up brutal protection rackets and checkpoints in which their forces shook down travellers to fund their military activities.

In 1994, Mullah Omar, Baradar and others founded the Taliban, which means religious students.

The group mainly consisted of clerics and young, pious men, many of whom had been driven from their homes and had known only war. Their unsparing interpretation of Islam unified their ranks and set them apart from the notoriously corrupt warlords.

Baradar fought alongside Mullah Omar as he led the Taliban through its seizure of power in 1996 and its return to an insurgency following the 2001 U.S.-led invasion.

During the group's 1996-2001 rule, the president and governing council were based in Kabul. But Baradar spent most of his time in Kandahar, the spiritual capital of the Taliban, and did not have an official government role.

The U.S. invaded Afghanistan after the 9/11 attacks, which had been planned and carried out by Osama bin Laden's al-Qaida while it was sheltering under Taliban rule. Baradar, Omar and other Taliban leaders fled into neighbouring Pakistan.

In the ensuing years, the Taliban were able to organize a potent insurgency based in rugged and semi-autonomous tribal areas along the border. Baradar was arrested in Pakistan's southern city of Karachi in 2010 in a joint raid by the CIA and Pakistan's counterterrorism forces.

At the time, he had been making peace overtures to Afghanistan's then-President Hamid Karzai, but the U.S. was bent on military victory and it appeared that Pakistan wanted to ensure control over any political process.

Baradar's removal empowered more radical leaders within the Taliban who were less open to diplomacy.

Karzai later confirmed the overtures and said he had twice asked the Americans and the Pakistanis to free Baradar but was rebuffed. Baradar himself refused an offer of release in 2013, apparently because the U.S. and Pakistan conditioned it on his cooperation.

Karzai, who is now involved in talks with the Taliban about shaping the next government, could once again find himself negotiating with Baradar.

By 2018, the Taliban had seized effective control over much of Afghanistan's countryside. The Trump administration, looking for a way out of America's longest war, persuaded Pakistan to release Baradar that year and began pursuing peace talks with the Taliban.

Baradar led the Taliban's negotiating team in Qatar through several rounds of those talks, culminating in a February 2020 peace agreement. He also met with the then-U.S. Secretary of State Mike Pompeo.

Under the deal, the Taliban agreed to halt attacks on international forces and prevent Afghanistan from again becoming a haven for terror groups in return for a full U.S. withdrawal, now planned for the end of the month.

Last week, the Taliban pushed into the country's cities, seizing nearly all of the country in a matter of days and then rolled virtually unopposed into the capital, Kabul.

In his first comment after the capture of Kabul on Sunday, Baradar acknowledged his surprise, saying that “it was never expected that we will have victory in Afghanistan.”

Wearing a black turban and vest over a white robe, the bespectacled Baradar looked straight into the camera.

“Now comes the test,” he said. “We must meet the challenge of serving and securing our nation, and giving it a stable life going forward.”