Muslim Girl's Hijab Pulled Out During High School Brawl In US

The high school girl, whose name and age was not revealed, got into a heated argument with another girl on Wednesday, as both students wanted the same seat in a common area on campus. 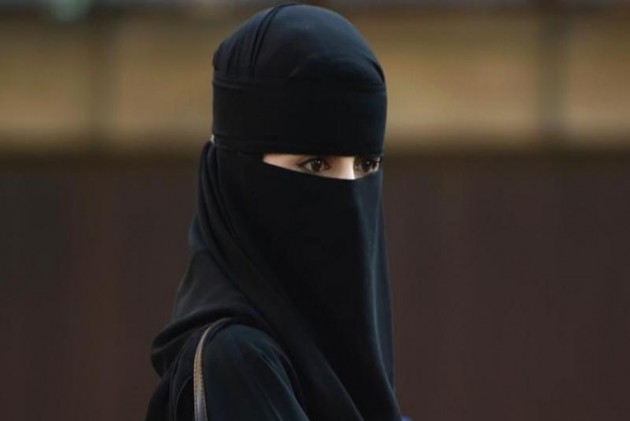 A Muslim girl was harassed by a schoolmate, who allegedly pulled out her hijab during a brawl in a  New Jersey high school.

The girl who was responsible for commencing the fight, also hurled anti-Muslim slurs during the fight at the East Brunswick High School, prompting authorities to arrest her, according to a media report.

The name and age of the girls has not been revealed.

The two got into a heated argument as both wanted the same seat in a common area on campus, the school's Superintendent Victor Valeski said in a statement.

As the fight escalated, one of the girls pulled off the Muslim  girl's hijab, and started screaming anti-Muslim slurs at her, the superintendent was quoted as saying by the WNBC-TV.

The verbal disagreement escalated into a physical fight and both girls got physical with each other, he added.

Valeski said he did not personally witness the fight and his assessment of the scenario was confirmed by East Brunswick High School principal Dr. Michael Vinella.

A boy who filmed the fight was also suspended, reported Daily Mail.

He told News 4,  'I got in trouble for it because I guess it's against the school rules, but at the end of the day I did the right thing.'

A school security officer stopped the fight, but not before it was caught on video. The video was posted to social media at some point after the fight, the report said.

"Ultimately, the fight was determined to be a bias incident and was immediately reported to the East Brunswick Police Department and the County Prosecutor's Office in accordance with Board Policy… and the law," Valeski said.

The student who pulled off the girl's hijab, was arrested and charged with simple assault, harassment, cyber harassment, and disorderly conduct, Middlesex County prosecutors said.

"The East Brunswick Public School District values our diverse student body and community. The District does not tolerate any incidents of bias, discrimination, harassment, intimidation or bullying and takes swift action if such an event occurs," the superintendent said.

The Muslim girl has also been suspended under the school's zero-tolerance policy, after the fight was put to an end by a school security officer.

However, some students and parents have questioned her arrest, and asked why she was arrested ‘for defending herself.’

"The Muslim woman and her family have been seen and offered any help needed from the school psychologists and support staff," New Jersey Mayor Brad Cohen said.

"Let me be very clear in that I stand with our Muslim friends and neighbours in condemning this entire incident," she said.