Win Htein, an 80-year-old close aide of Aung San Suu Kyi, was the speaker and former member of Parliament who uses a wheelchair and needs constant oxygen support to breathe. 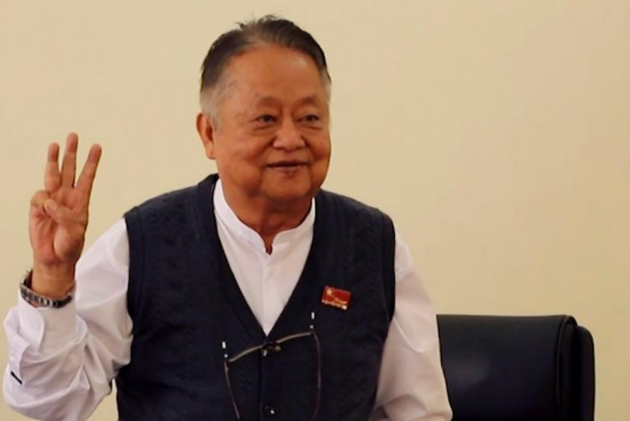 Myanmar’s military junta continues its crackdown on democracy. On Friday, Win Htein, an 80-year-old close aide of Aung San Suu Kyi, was sentenced to a 20-years prison sentence for treason. Win Htein, speaker and former member of Parliament, uses a wheelchair and needs constant oxygen support to breathe. Yet neither his age nor his deteriorating health condition made any difference to his sentencing. A pro-democracy supporter for decades, Win Htein was behind bars for several years in the past. His supporters believe that the military rulers have a special antipathy for him as he earlier served in the army. They consider him a traitor to their cause and want an exemplary punishment to be meted out to him. In fact, he is the first senior member of the Nation League for Democracy to be sentenced by a junta court.

Nobel laureate and NLD leader Suu Kyi is under house arrest since the February coup which was aimed at preventing her NLD from forming the next government after its stellar performance in the 2020 national elections.

While the February 1, military coup in Myanmar grabbed international attention at that time, that country is slowly fading out of the headlines, mainly because so many other things have happened. The Taliban taking control of Afghanistan, the haphazard evacuation and the terror attacks found more traction in international media, which gave the military rulers in this isolated nation some breathing space and time to consolidate their hold over the country.

The people’s resistance, however, refuses to die down. The army is also stretched as it deals with ethnic insurgencies in several outlying provinces of the country. The Shans, Karens, Kachins and Chins as well as many smaller outfits have long waged war against the Myanmar military. The National Unity Government also had earlier in the year decided to take up arms and formed the People’s Defence Force. The PDF has allied with the Karenni People’s Defence Force and the Chinland Defence Force to jointly fight the Myanmar military. None of these outfits is well equipped to fight the military might and can easily be crushed by the army.

Despite long periods of military rule, the people of Myanmar have demonstrated their love for freedom and democracy. Facing the wrath of the army ordinary citizens had gathered in large numbers to protest the coup. Troops had fired on protesters leading to several deaths, though an exact count is not available.

When President Joe Biden took over from Donald Trump earlier this year, he promised to push to democracy worldwide. Many in Myanmar hoped that he would do more to restore democracy in Burma. However, the US has done little beyond condemning the military. Washington as well as the rest of the world had relied on the ASEAN to take on the responsibility of bringing the generals to heel and restore democracy. Myanmar is a member of ASEAN, however, the group has not reached a consensus on how to deal with its fellow member.

Credit must go to the ASEAN that it refused to invite the Myanmar military rulers for last month’s virtual summit. Ahead of the 27 October event, the regime had released several political prisoners, spoken about elections to be held by 2023 and made moves to ensure its participation in ASEAN. However, an invite did not come for the junta. Reports are that some of those released from prison has been pushed back to jail.

For ASEAN, which works by consensus, even blocking out General Min Aung Hlaing from the leaders’ summit is a major achievement. Singapore, Indonesia, Malaysia and the Philippines are the democratic members of ASEAN. All of them pushed to block the General’s participation. In an unprecedented move, the ASEAN has decided to ``uninvite’’ Min Aung Hlaing, the junta leader from all its upcoming meetings. This is a blow to the military’s legitimacy and a moral win for democracy and the National Unity Government(NUG) made up of members of the last elected government. How all this pan out in future is difficult to predict at the moment. Another symbolic victory for the forces of democracy is that Myanmar continues to be represented by the Kyaw Moe Tun appointed by the previous elected government, despite the military rulers attempt to replace him. China and the US have come to an understanding on this.