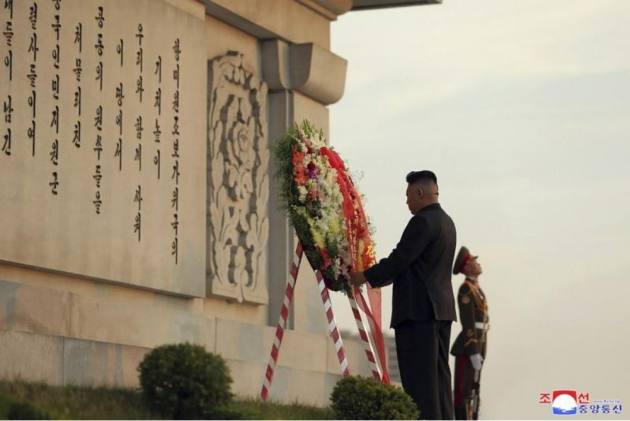 North Korean leader Kim Jong Un paid tribute to China's war dead at a Pyongyang memorial and vowed to maintain firm ties with Beijing, state media reported Thursday, as he seeks to bolster relations with his country's main ally amid deepening hardships linked to the pandemic.

Kim's visit Wednesday to the Friendship Tower that honours Chinese soldiers killed during the 1950-53 Korean War was his third since he took power in late 2011. It came a day after the 68th anniversary of the end of the war.

“The noble soul and exploits of the Chinese people who aided the sacred historic struggle of the Korean people at the cost of their blood when (North Korea) was undergoing the harshest and most difficult trials will remain immortal,” Kim said at the memorial, according to the official Korean Central News Agency.

‘The State Has Left My Mother To Die,’ Says Sudha Bharadwaj’s Daughter

Kim stressed “the (countries') friendship forged as kindred ties will be firmly carried forward generation after generation on the road for the common cause,” KCNA said.

China fought alongside North Korea against South Korea and US-led UN forces during the Korean War, which ended with an armistice, not a peace treaty, leaving the Korean Peninsula still technically at war.

Kim has vowed to upgrade his country's relations with China, its economic pipeline, as he struggles to navigate North Korea out of what he calls its “worst-ever” crisis caused by the pandemic, US-led sanctions and last year's natural disasters.

Some experts say Kim wants better ties with the outside world in the face of the economic difficulties. But others say North Korea may just want South Korea to convince the United States to make concessions when the long-stalled nuclear negotiations between Pyongyang and Washington eventually resume.