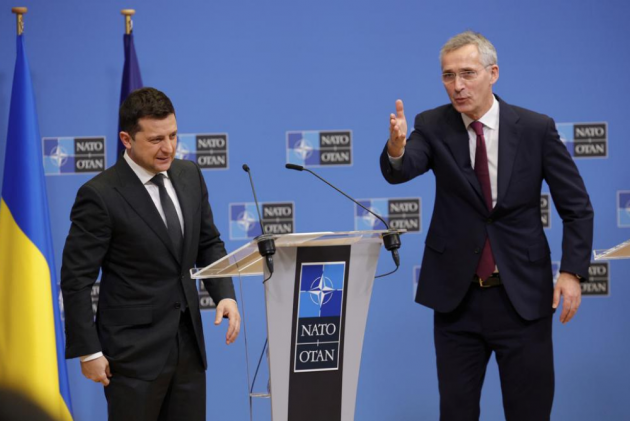 NATO Secretary-General Jens Stoltenberg on Friday set conditions for working with Russia on its new security proposal and offered to work with Moscow to build fresh confidence between them should the country help to ease tensions with Ukraine.

Russia has submitted draft documents outlining security arrangements it wants to negotiate with the United States and its NATO allies. No details have emerged, but the Kremlin says that a senior Russian envoy stands ready to depart for talks in a neutral country on the proposal.

Stoltenberg said that NATO had received the documents, and “that any dialogue with Russia would also need to address NATO's concerns about Russia's actions, be based on core principles and documents of European security, and take place in consultation with NATO's European partners, such as Ukraine.”

He added that the 30 NATO countries “have made clear that should Russia take concrete steps to reduce tensions, we are prepared to work on strengthening confidence building measures.” He didn't elaborate.

Tensions could hardly be higher. U.S. intelligence officials say Russia has moved 70,000 troops to its border with Ukraine and is preparing for a possible invasion early next year. Moscow denies it has any plans to attack, although it has in the past. It wants guarantees that Ukraine will never join NATO.

Fighting between Ukrainian forces and Russia-backed separatists in eastern Ukraine began after Russia's 2014 annexation of Ukraine's Crimean Peninsula. It has killed over 14,000 people and devastated Ukraine's industrial heartland called Donbas.

In a statement late Thursday, NATO envoys warned that they are “seriously assessing the implications for alliance security of the current situation.” They said the world's biggest security organization stands ready to bolster its presence in eastern Europe, near to Russia, if necessary. (AP)