Nepal Army Takes Action Against Seven Officers For Being Overweight

Army officers have to undergo regular physical fitness tests, which includes waist circumference, waist-hip ratio and relative fat mass. Average BMI is calculated on the basis of these. 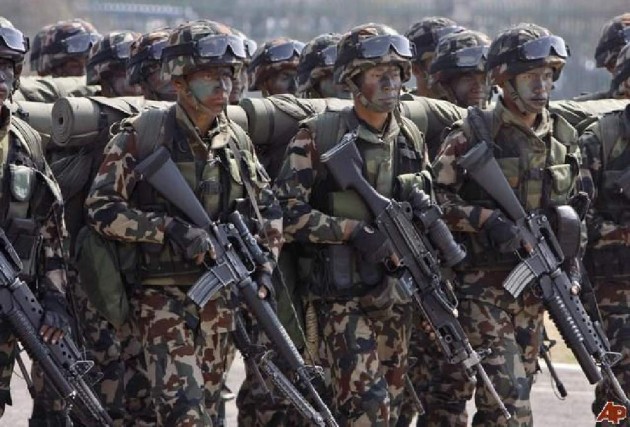 The Nepal Army has taken action against seven of its senior officers after they were found to be overweight, a media report said on Thursday.

Three of the officers were denied promotions while four others were not allowed to take part in the United Nations peacekeeping missions as their Body Mass Index (BMI) was found to be much higher than permissible, the Himalayan Times reported.

BMI test screens whether a person is underweight, has healthy weight, excess weight or is obese.

Army officers have to undergo regular physical fitness tests, which includes waist circumference, waist-hip ratio and relative fat mass. Average BMI is calculated on the basis of these.

"Among the seven officers, the army denied three of them promotion and four were not allowed to take part in United Nations missions as their body mass index was too high," Bigyan Dev Pandey, spokesperson for the Nepal Army, was quoted as saying by the paper.

The army has categorised weight into four groups — obese, overweight, normal and underweight.

Similarly, if it is between 18.5 to 25.25 then it’s normal but if it is below 18.5 then it is categorised as underweight. There are separate BMIs for different age groups and sex, the report said.

Pandey said three months to three years is given to maintain body weight.

"One year is given to new mothers. If they fail to maintain body weight within the stipulated time they are penalised. If the medical board says personnel are unfit they will be dismissed," he said.

The Nepali Army formulated health procedure for its staffers on February 15, 2018.

"Physical fitness is important as one must function effectively during physical work, training, and other activities," he said.

"Soldiers must have enough energy to handle emergencies that may arise. It’s also not good to have pot-bellied army personnel," he added.