India has already termed as untenable the 'artificial enlargement' of the territorial claims by Nepal after its Parliament approved the new political map of the country featuring Lipulekh, Kalapani and Limpiyadhura areas which India maintains belongs to it. 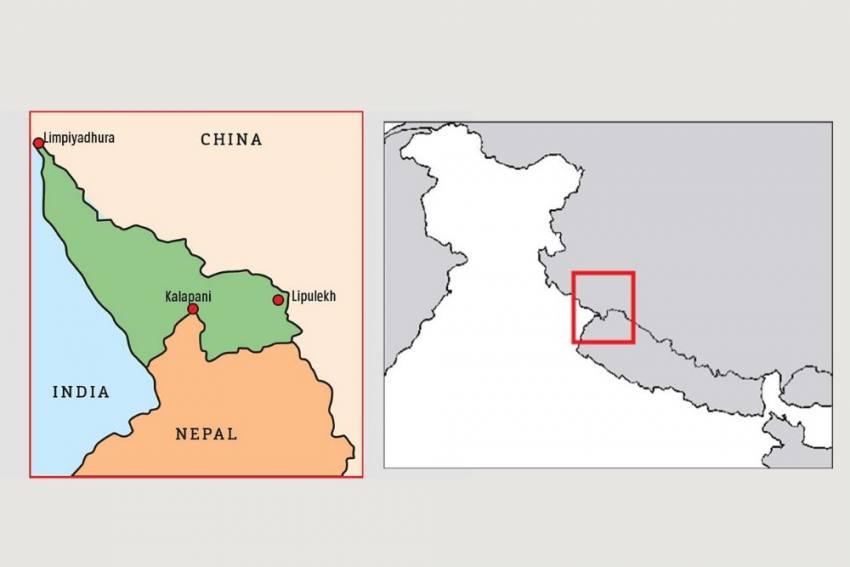 Nepal has introduced new text books in the school curriculum that include the country's revised political map showing three strategically-important Indian areas as part of its territory, amidst a border dispute with India.

India has already termed as untenable the "artificial enlargement" of the territorial claims by Nepal after its Parliament unanimously approved the new political map of the country featuring Lipulekh, Kalapani and Limpiyadhura areas which India maintains belongs to it.

The curriculum Development Centre, under the Ministry of Education, recently published the books with the revised map, information officer at the centre Ganesh Bhattarai told PTI.

The new books titled “Nepal’s territory and reading materials for border issues” for the 9th and 12th classes have a preface written by Education Minister Giriraj Mani Pokharel.

Nepal in May released the revised political and administrative map of the country laying claim over the three strategically important areas in Uttarakhand, more than six months after India published a new map in November 2019.

Following the endorsement of the new map by the Nepal Cabinet, then government spokesperson and Finance Minister Yuvaraj Khatiwada told the media that the government had decided to update the schedule of the Constitution and school curriculum incorporating the new political map. India in its response said that it had already made its position clear on it.

"This artificial enlargement of claims is not based on historical fact or evidence and is not tenable. It is also violative of our current understanding to hold talks on outstanding boundary issues," Ministry of External Affairs Anurag Srivastava had said.

The Nepal government has also decided to issue coins with the inclusion of Kalapani area.

The government has instructed the Nepal Rastra Bank, the central bank of Nepal, to mint the coins with the revised map. An official at the bank, however, said that they had no immediate plan to mint the coin, though preparations are on to issue coins worth Rs. 1 and Rs. 2 with the inclusion of the new map within a year.

The India-Nepal bilateral ties came under strain after Defence Minister Rajnath Singh inaugurated an 80-km-long strategically crucial road connecting the Lipulekh pass with Dharchula in Uttarakhand on May 8.