British black comedy 'The Favourite' which picked up best actress for Olivia Colman as Queen Anne and best supporting actress for Rachel Weisz playing her confidante and lover. 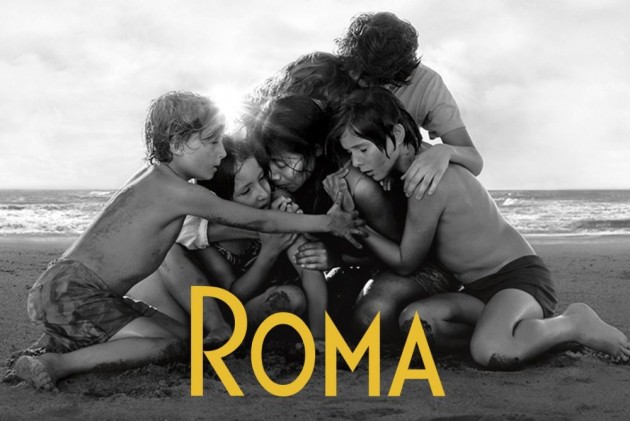 "Roma" won the best film and best director, sharing the glory with British black comedy "The Favourite" which picked up best actress for Olivia Colman as Queen Anne and best-supporting actress for Rachel Weisz playing her confidante and lover.

Congratulations to @alfonsocuaron and Gabriela Rodríguez for their British Academy of Film and Television Arts Award win. #ROMACuarón #EEBAFTAs pic.twitter.com/qx00k9Zzmg

"Roma" is also nominated for best picture at the Oscars later this month, which has propelled Netflix into the Hollywood club of elite filmmakers despite fears that its streaming business model could undermine the industry.

The success of "Roma" dented expectations of a clean sweep by "The Favourite" -- about a cantankerous 18th-century British queen and her scheming court.

Colman's uproarious depiction of the largely forgotten monarch has proved popular with audiences.

"She doesn't take herself too seriously and she enjoys what she's doing," Greek director Yorgos Lanthimos said after winning the Bafta for outstanding British film.

Weisz won out against co-star Emma Stone who was nominated in the same category.

"Didn't we have an extraordinary time? Hats off ladies," she said, thanking "everyone that stood by these three women and their story".

Weisz and Stone are also in the running for Oscars in a proud year for the British film industry.

The 2019 edition has also been tinged by scandal.

This referred to an article in the US magazine The Atlantic detailing sexual misconduct allegations that included underage sex.

Singer denies the story and the film itself was still up for the award, although it failed to win it.

Rami Malek's portrayal of the late Queen frontman Freddie Mercury -- a victim of the AIDS epidemic in the days when homosexuality was taboo in rock-and-roll -- earned him the best actor award, however.

"It's an immense responsibility," Malek said of playing the music icon.

"You don't want to mimic Freddie, you want to be able to understand why he did what he did." After winning the Bafta, he thanked Mercury as "the greatest outsider of them all".

Malek won against Christian Bale's transformation into the humourless but powerful former US vice president Dick Cheney in "Vice".

Best supporting actor went to Mahershala Ali for "Green Book", a comedy-drama in which he plays a jazz pianist on a tour of the Deep South in 1962.

"Free Solo" -- a film about the first person to climb El Capitan in Yosemite National Park without ropes -- won the award for best documentary.

It won out against "Lord of the Rings" director Peter Jackson's "They Shall Not Grow Old" in which silent black-and-white footage from World War I was transformed into a 3D colour movie.

The film to mark the centenary of the end of the Great War was a massive hit in Britain when it aired on the BBC in November.

"People have restored film before, but they haven't really restored it to the Nth degree," Jackson said.