The two sides-- the UK and the EU-- have been working on the legal text of a deal, but it will still need the approval of both the UK and European Parliaments. 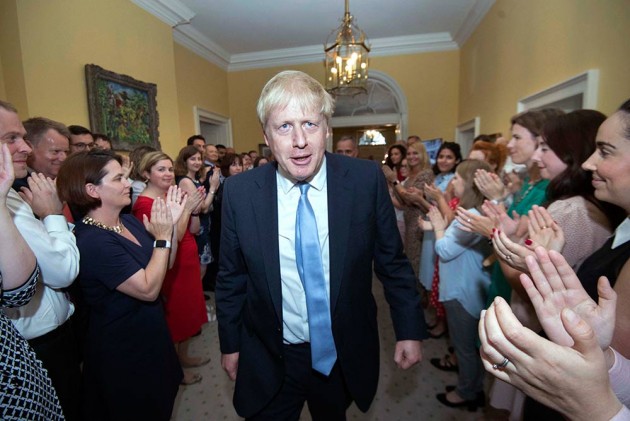 A Brexit deal has been agreed between UK and EU negotiating teams before a meeting of European leaders in Brussels, reports said.

"The new deal will get Brexit done and make the UK leave the EU in two week's time," Johnson said.

The two sides have been working on the legal text of a deal, but it will still need the approval of both the UK and European Parliaments.

We’ve got a great new deal that takes back control — now Parliament should get Brexit done on Saturday so we can move on to other priorities like the cost of living, the NHS, violent crime and our environment #GetBrexitDone #TakeBackControl

However, the Democratic Unionist Party (DUP) has cast doubt on its sign off, saying they still cannot support it.

The Northern Irish party earlier released a statement saying they could not back proposals "as things stand", and -- after the Prime Minister's announcement -- said their statement "still stands".

But, European Commission President Jean-Claude Juncker said it was a "fair and balanced agreement".

Both he and Johnson have urged their respective Parliaments to back the deal.

UK PM Boris Jhonson on twitter said the new deal is better because, in the previous negotiations, Brussels would have maintained ultimate control (of the UK) and could have forced Britain to accept "EU laws and taxes forever".

He said that the deal helps to establish a new relationship with the EU based on free trade and friendly cooperation.