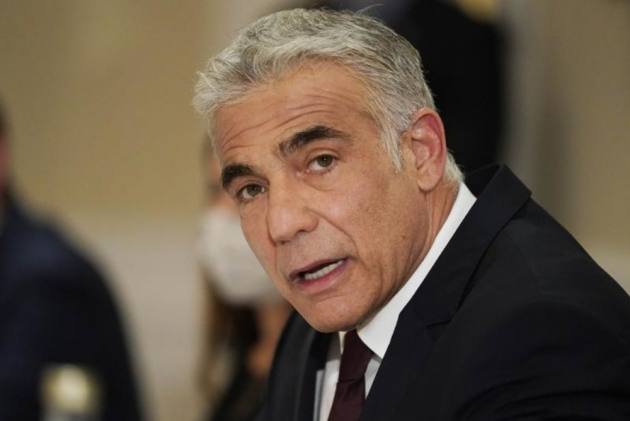 Israel's new foreign minister touched down on Tuesday in the United Arab Emirates, beginning the first high-level trip by an Israeli official to the Gulf Arab state since the two countries normalised relations last year.

According to the Israeli foreign ministry, Yair Lapid is set to inaugurate Israel's Embassy in the capital of Abu Dhabi, meeting with senior Emirati officials — including Foreign Minister Sheikh Abdullah bin Zayed Al Nahyan — and attending a trade expo where Israeli companies are exhibiting technology.

The ministry described it as a “historic visit” to the Gulf kingdom. Press access to the embassy opening in Abu Dhabi was strictly limited to state-linked Emirati media.

Israel and the UAE established full diplomatic relations last year under the Trump administration, after the two countries signed the U.S.-brokered “Abraham Accords.”

The UAE was joined by Bahrain in normalizing ties with Israel, becoming the third and fourth Arab states to sign peace deals with the Jewish state, after Egypt and Jordan.

In the nine months since the two countries signed the normalisation agreement at the White House, Israel and the UAE have signed extensive trade and cooperation deals, and bilateral trade is already expected to have exceeded USD 354 million. More than 200,000 Israeli tourists have traveled to the UAE, the Foreign Ministry said.

Lapid took office as Israel's foreign minister after Israel's new government was sworn in earlier this month. The Yesh Atid party leader struck a power-sharing deal with Naftali Bennett, who became Israel's prime minister at the head of a coalition of eight diverse parties, ranging from Jewish ultranationalists to a small Islamist party.

Former Israeli Prime Minister Benjamin Netanyahu had repeatedly scheduled and postponed a visit to Abu Dhabi due to the coronavirus pandemic, but ultimately canceled the visit ahead of the March 23 elections due to a diplomatic spat with neighboring Jordan.

Netanyahu reportedly forbade members of his government from traveling to the UAE until he had a chance to make a state visit, according to Israeli media reports.

Israeli foreign ministry spokesman Lior Haiat told reporters after Lapid had departed for Abu Dhabi that the pace of bilateral cooperation between the two countries has been “unprecedented.”

“There's been years of under-the-radar relations between Israel and the UAE, and we are now enjoying the fruits of the infrastructure of peace that we've built in the last decades,” Haiat said.

Israel and the UAE had long maintained clandestine security ties before normalising relations last year due to their shared concerns about regional arch-enemy Iran.