Jazz Fest celebrates the indigenous music and culture of New Orleans and Louisiana. 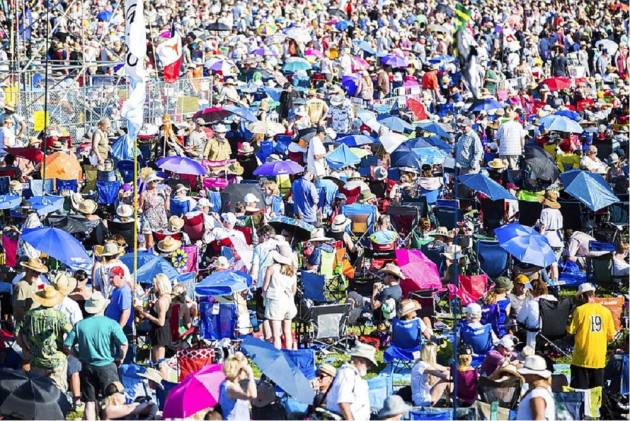 With new COVID-19 cases surging in Louisiana, the New Orleans Jazz Heritage Festival won't be returning this year after all, organizers said Sunday.

The festival, which traditionally is held in the spring, had been scheduled to run Oct. 8-10 and Oct. 15-17 this year after being cancelled last year because of the coronavirus pandemic.

But organizers cited “current exponential growth” of new Covid-19 cases in the city and region, as well as an ongoing public health emergency, in announcing that the festival will not occur as planned.

“We now look forward to next spring, when we will present the Festival during its traditional timeframe,” organizers said in a news release, adding that next year's dates are April 29-May 8.

Ticketholders for both festival weekends will receive an email this week with details about the refund and rollover process, the release says. All tickets for Wednesday, Oct. 13, will be automatically refunded.

Jazz Fest celebrates the indigenous music and culture of New Orleans and Louisiana. The music encompasses nearly every style imaginable: blues, gospel, Cajun, Zydeco, Afro-Caribbean, folk, Latin, rock, rap, contemporary and traditional jazz, country, bluegrass and everything in between. It's held at the Fair Grounds Race Course, where multiple stages are erected for fans to gather in and around.