On Tuesday evening several blasts rocked Kabul. Eight people were killed in one such blast, including a woman when the home of acting defence minister General Bismillah Mohammadi came under attack by a Taliban squad. 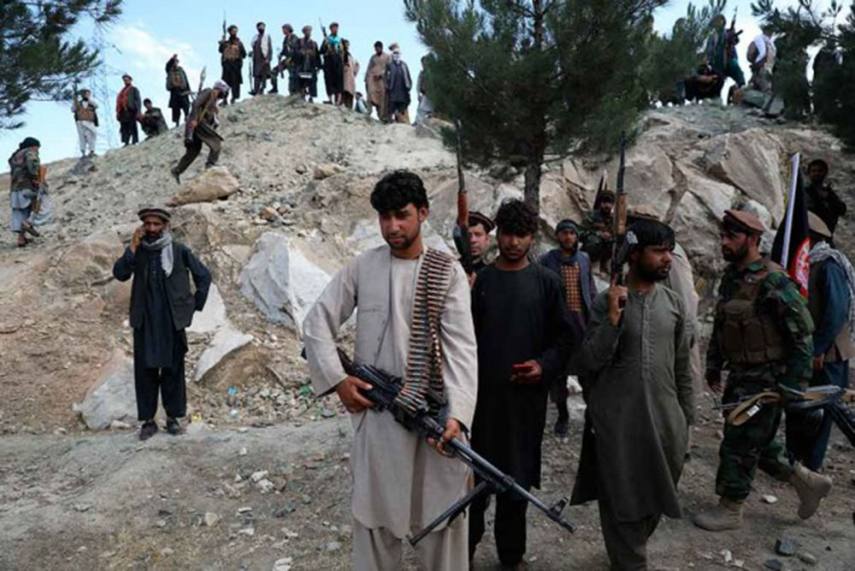 The rocket fire at the Presidential palace during outdoor Eid prayers last month was just the beginning. The Islamic State and not the Taliban claimed to have fired seven rockets at the heavily protected presidential compound. The IS, Al Qaeda and other Islamic groups are hand-in-glove with the Taliban in the fight against the Afghan government. It is another matter that they may later fight each other. Luckily no one was killed then.

But on Tuesday evening several blasts rocked Kabul. Eight people were killed in one such blast, including a woman when the home of acting defence minister General Bismillah Mohammadi came under attack by a Taliban squad. The audacious attack was in the heavily guarded green zone of the capital city.

Fortunately, they missed their target as the minister was not at his residence. His family members were quickly evacuated. The attack started with a car bomb blast outside the residence, after which four of the attackers went into the neighbouring home of a lawmaker Mohammed Azim Mohseni, and fought with the armed security guards. One of the MP’s security guards died. Reinforcements arrived quickly as this is in a VVIP area where many government ministers and their families live. Hibatullah Alizai, commander of the Afghan commando’s home is a stone throw away from the blast site. All eight Taliban fighters involved in this audacious attack were killed by Afghan forces.

Residents of Kabul went up to the rooftops crying ``Allahu Akbar’’ in celebration and prayer. After 20-years of freedom Afghan’s living in cities and towns across Afghanistan are fiercely anti-Taliban. Popular support is with the Ashraf Ghani government, though there is much anger at its inability to stave off the Taliban advance.

Targeted assassination of top military commanders and senior ministers will be attempted by the Taliban to demoralise the Afghan National army and send a clear message to ordinary citizens that the government is in no position to protect them.

Having taken control of Afghanistan’s countryside, the Taliban are now turning their guns on provincial cities and towns. Taking over large areas in rural Afghanistan was a cakewalk for the Taliban. These places were not protected and the Taliban’s modus operandi was to get the elders of the village to allow them in without firing a shot. The village elders switched loyalty to the Taliban for the sake of avoiding bloodshed. But the urban areas mainly the provincial capitals are protected by the Afghan national army. This is where the fighting is taking place now: Kandahar, Herat and Lashkar Gah, the capital of Helmand province are now in focus where fierce fighting is reported.

Initially, the Taliban placed surrounded the major provincial capitals but now are trying to take over. On Tuesday General Sami Sadat, who is commanding troops in the Lashkar Gah asked local residents to evacuate homes as the army was preparing large-scale operations to clear the areas taken earlier by the Taliban. Airstrikes by the Afghan and US forces on Taliban fighters were reported on Tuesday. There have been major civilian casualties here. There are eyewitness accounts of dead bodies scattered around the city. Taliban is said to have entered many civilian homes. According to the UN at least 40 civilians had been killed in the last 24 hours.

In Herat where the Taliban were pushed back, residents took to the streets on Monday night to show their support for the government forces. Public support has been welcomed by the beleaguered government of President Ashraf Ghani. First Vice President Amrullah Saleh said he was thrilled at the show of solidarity by residents of Herat. Afghan’s opposed to the Taliban welcomed the move with citizens taking to social media with the hashtag Herat Uprising and Allahu Akbar. More such marches are likely in other cities. But the Taliban are not giving up and the fight for Herat is not yet over.

The Afghan government wants the UN Security Council to hold an urgent discussion on the situation in the country. With India this month heading the UNSC, foreign minister Mohammed Hanif Atmar was on the phone with India’s Jaishankar last night to request the UNSC for a meeting.