The missile test, North Korea's first since 2017, serves as a clear warning of leader Kim Jong-un's frustration at the state of talks with the US, which have been deadlocked since President Donald Trump walked out of their Vietnam summit early in February. 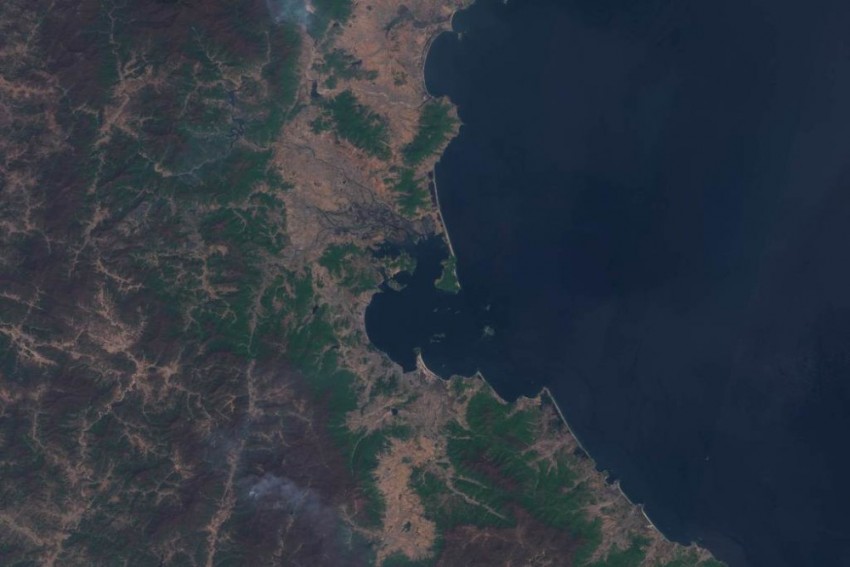 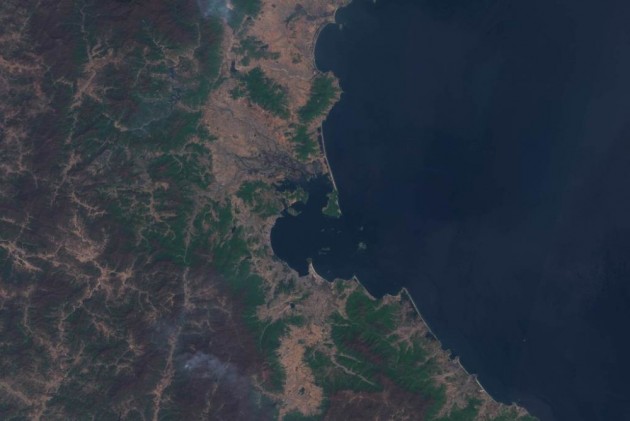 A new satellite image obtained by CNN has shown the smoke trail of a rocket launch by North Korea on May 4, that is likely a short-range missile, according to the group that analyzed the picture.

"The location of the launch, the thick, smoky appearance of the exhaust and the fact that there is only one rocket trail all suggest this was the short-range ballistic missile that North Korea showed in its propaganda," Jeffrey Lewis, Director of the East Asia Nonproliferation Programme at the Middlebury Institute, said on Sunday.

The Middlebury Institute of International Studies at Monterey provided CNN with the image.

A US official said on Sunday that an early analysis said the launches "appear to have been both MLRS (multiple launch rocket systems) and what is being looked at as a possible short-range ballistic missile".

Lewis said the North Koreans began firing a barrage of short-range projectiles beginning at approximately 9.06 a.m. on May 4.

Sometime around or after 10 a.m., Pyongyang fired another projectile. The image of that launch and the smoky plume it trailed in its wake, was caught by Planet Labs, which works with the Middlebury Institute.

"This is a one in a million shot," Lewis said.

The missile "was fired right about this time" and the photo would have been taken "within a few seconds, maybe a few minutes".

The missile test, North Korea's first since 2017, serves as a clear warning of leader Kim Jong-un's frustration at the state of talks with the US, which have been deadlocked since President Donald Trump walked out of their Vietnam summit early in February, reported 9 News.

Secretary of State Mike Pompeo told ABC News on Sunday that the projectile was "relatively short range" and "landed in the water east of North Korea and didn't present a threat to the US, South Korea or Japan".

The US and North Korea have hit an impasse as Pyongyang is demanding sanctions relief before it begins to denuclearize, while Washington insists that Pyongyang relinquish its nuclear weapons before any economic pressure is eased.

Kim had pledged not to fire long-range intercontinental ballistic missiles, so the launch doesn't violate the letter of his agreement with Trump, but it does violate an understanding Pyongyang made with Seoul to stop firing missiles as a confidence-building measure.

Boeing Was Aware Of 737 MAX Problems Before Indonesia Air Crash