Kazakhstan president Kassym-Jomart Tokayev blamed the unrest on “terrorists” and “militants” in a televised address to the nation, and said that he had authorized the use of lethal force against them. 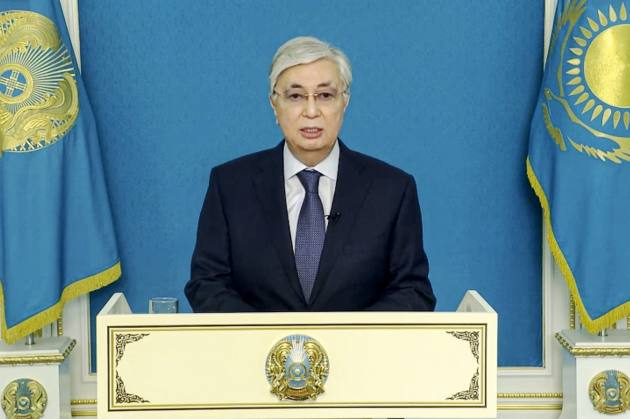 The President of Kazakhstan said Friday he authorised law enforcement to open fire on “terrorists” and shoot to kill, a move that comes after days of extremely violent protests in the former Soviet nation.

In a televised address to the nation, Kassym-Jomart Tokayev blamed the unrest on “terrorists” and “militants” and said that he had authorized the use of lethal force against them. “Those who don't surrender will be eliminated,” Tokayev said.

He also blasted calls for talks with the protesters made by some other countries as “nonsense.” “What negotiations can be held with criminals, murderers?” Tokayev said.