An NFT is a non-fungible token and according to Collins Dictionary, usage of the word saw an 11,000 per cent increase in the year 2021. 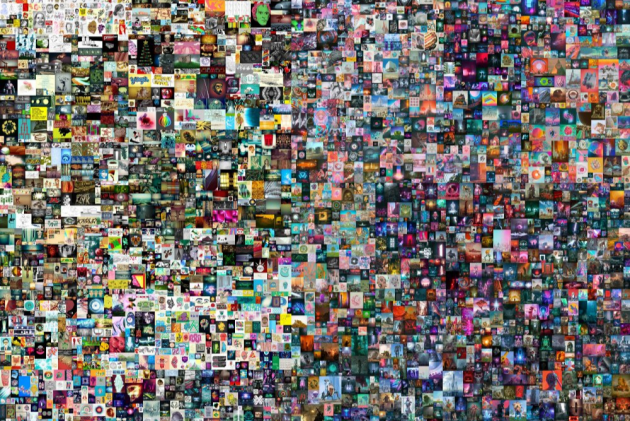 NFT, or 'Non-Fungible Tokens' refer to digital tokens that in the past year sold for millions on dollars in the form of artworks.

2021 was a strange year for art. Artists like Grimes, ex-girlfriend of celebrity entrepreneur Elon Musk, sold their artworks in the form of digital tokens for a whopping $6 million while internet memes and burnt Banksies were auctioned off for millions of dollars. All of this, thanks to the emergence of a new platform for art that is blockchain-driven and in tune with current technology and modes of consumption - NFT.  It may thus come as no surprise that 'NFT' has been chosen as the word of the year by Colling Dictionary this year. After 'Climate Strike' in 2019 and 'Lockdown' in 2020, NFT, according to the Dictionary, was one of the most used words of the last year, with a "meteoric" 11,000 per cent increase in its usage.

So What is an NFT?

How To Build An NFT Community? Learn From The Founders Of NFT Malayali

NFT is short for non-fungible token. Collins defines it as “a unique digital certificate, registered in a blockchain, that is used to record ownership of an asset such as an artwork or a collectible".

A fungible token is an asset that can be exchanged on a one-for-one basis. Unlike dollars or bitcoins, each of which has the exact same value and can be traded freely, a non-fungible object has its own distinct value, like an old house or a classic car.

An NFT is effectively a digital certificate of authenticity that can be attached to digital art or, pretty much anything else that comes in digital form — audio files, video clips, animated stickers, this article you’re reading.

Why has NFT seen a 'meteoric' rise?

Most people didn't know what an NFT was until this year, when sales boomed, sparked in large part by artist Beeple's March auction of a digital collage NFT for nearly $70 million.

The NFT market boomed further after Twitter CEO Jack Dorsey sold an NFT of his first tweet for $2.9 million and electronic musician Grimes went on to sell her digital art for $6 million.

Sometime last year, a group of NFT enthusiasts also got together and burnt an original Banksy artwork. But not before converting it to an NFT first. While the artwork itself sold for $95,000, the NFT was auctioned for $394,000.

The acceptance and increase in usage of technologies like cryptocurrency and blockchain may have led to a spike in interest in NFTs. Due to its digital format, NFT has opened up the art world to several sections of buyers who would previously never have visited an art gallery to purchase art. These include investors and tech entrepreneurs.

“NFTs seem to be everywhere, from the arts sections to the financial pages and in galleries and auction houses and across social media platforms," said Alex Beecroft, managing director of Collins Learning. But whether NFT will have a lasting influence is yet to be determined, he added.

The Oxford English Dictionary's publisher, meanwhile, recently chose vax as its word of the year, as interest in vaccinations spiked over the past 12 months.