No Consensus In UN Over Libya Mission Mandate Ahead Of Elections

The existing uncertainty creates a fertile ground for spoilers and skeptics to manipulate the situation against the political transition, feeding in the existing tensions in relations between diverse Libyan institutions and authorities: UN special representative for Libya 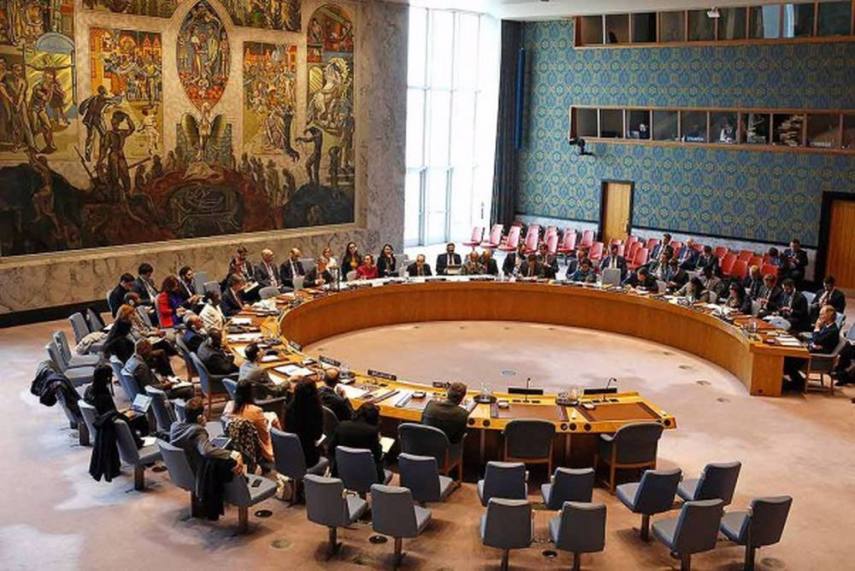 The Security Council is divided over the mandate of the UN political mission in Libya, less than four months before the country is scheduled to hold critical presidential and parliamentary elections. The vote seeks to reunite the divided oil-rich North African nation after a decade of turmoil.

The dispute, voiced by the United States and Russia, led the council to adopt an extension of the current mandate, which was due to expire on Wednesday, until Sept. 30 to try to resolve the differences.

At issue is a dispute over recommendations in a strategic review of the mission, known as UNSMIL, including to have its chief relocate from Geneva to Libya's capital, Tripoli.

Diplomats, speaking on condition of anonymity because discussions have been private, said that Russia was also concerned about proposed language calling for the withdrawal of mercenaries, foreign fighters and foreign forces as demanded in the October 2020 cease-fire agreement between rival Libyan governments in the country's east and west.

Libya has been wracked by chaos since a NATO-backed uprising toppled longtime dictator Moammar Gadhafi in 2011 and split the country between a U.N.-supported government in the capital, Tripoli, and rival authorities loyal to commander Khalifa Hifter in the east. Each have been backed by different armed groups and foreign governments.

Hifter launched a military offensive in 2019 to capture the capital, a campaign backed by Egypt, the United Arab Emirates, Russia and France. But his march on Tripoli ultimately failed in June 2020, after Turkey sent troops to support the Libyan government, which also had the backing of Qatar and Italy. This paved the way for the October cease-fire agreement and a transitional government charged with leading the country to elections on Dec. 24.

Last week, the U.N. special representative for Libya, Jan Kubis, warned that failure to hold the December vote could renew division and conflict and thwart efforts to unite the country. “Aborting the drive for elections will for many be a signal that violence is the only path to power in the country,” he said.

“The country and its people need a full clarity that the elections are going to happen on Dec. 24,” Kubis said. “The existing uncertainty creates a fertile ground for spoilers and skeptics to manipulate the situation against the political transition, feeding in the existing tensions in relations between diverse Libyan institutions and authorities.”

Russia's U.N. Ambassador Vassily Nebenzia told the council after the vote that Moscow supports the U.N.'s central role in restoring peace to Libya and “we are focused on finding mutually acceptable solutions to the remaining outstanding questions for the future functioning of the mission.”

He said the resolution gives the 15-member council the opportunity to find “a common denominator” over the work of the U.N.'s mission in Libya, saying its main aim now must be “to help the Libyan people" stick to the timetable for the elections.

Richard Mills, the U.S. deputy ambassador, expressed disappointment at the council's inability to agree on a new mandate for the mission, which he said “has a vitally important role in helping Libya achieve peace and stability."