‘No Other Country Than Pakistan Desirous Of Peace In Afghanistan’: Pak PM

Pak PM Imran Khan made this remark while talking to political leaders from Afghanistan. 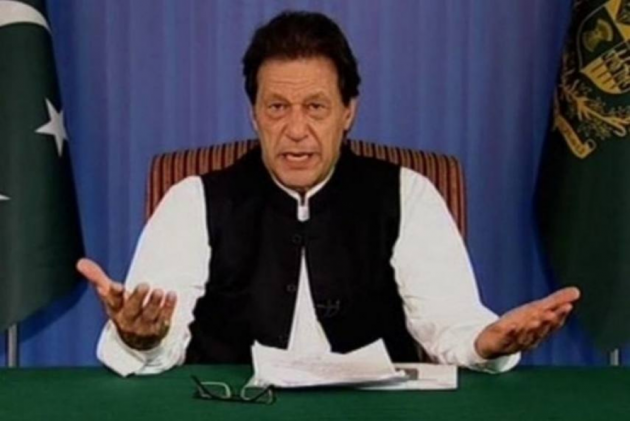 Pakistan Prime Minister Imran Khan on Tuesday said no other country than Pakistan desires for peace in Afghanistan and for that it is committed to support an inclusive government in the later country.

Pak PM Khan said made this remark, while taking to the delegation of political leaders from Afghanistan, who arrived in the country on Sunday for talks amid Taliban resurgence in Afghanistan.

In a statement, Pak PM Khan’s office said he underlined that no other country is more desirous of peace and stability in Afghanistan than Pakistan.

He highlighted “the importance of all sides working to secure an inclusive political solution”, it said.

Khan assured of Pakistan’s steadfast support for efforts to bring peace in Afghanistan but also added that in the current situation, great responsibility rested on the Afghan leaders to work constructively together to lead Afghanistan on the path of sustainable peace, stability and development, his office said.

He also expressed a strong support and solidarity for the fraternal people of Afghanistan, linked to the people of Pakistan through immutable bonds of faith, history, geography, culture and kin-ship, it said.

The delegation members emphasised the multi-ethnic nature of Afghan society and the importance of an inclusive dispensation. The Afghan delegation also reiterated the desire to further strengthen the brotherly relationship between Afghanistan and Pakistan.

The delegation arrived for a four-day visit to discuss the evolving situation in Afghanistan and met Foreign Minister Shah Mahmood Qureshi on Monday. (With PTI inputs)