After claiming for months that it had entirely eradicated the coronavirus, North Korea came dangerously close to conceding on Wednesday, June 30, that its anti-virus campaign had been less than ideal. 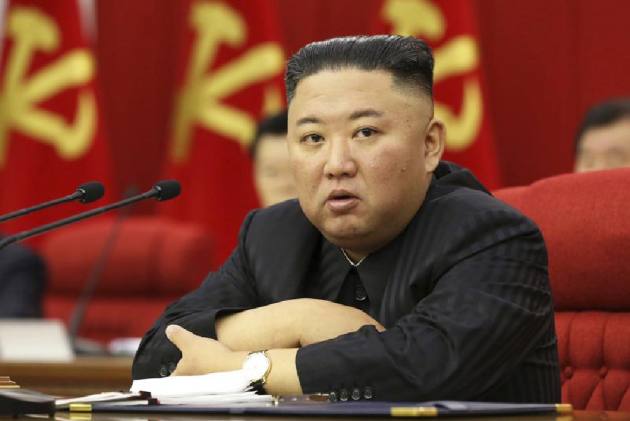 North Korean leader Kim Jong Un said Thursday he''ll push to further upgrade relations with China, his main ally, as he struggles to navigate his country out of a deepening crisis linked to the pandemic.

Kim made the comments in a message to Chinese President Xi Jinping congratulating him on the 100th founding anniversary of the Chinese Communist Party, according to the official Korean Central News Agency.

“The Workers'' Party of Korea, by its firm unity with the Chinese Communist Party, would raise (North Korea)-China friendship to a new strategic point as required by the times and as desired by the peoples of the two countries,” Kim was quoted as saying.

In an apparent reference to the United States, Kim said that “hostile forces'' vicious slander and all-round pressure upon the Chinese Communist Party are no more than a last-ditch attempt and they can never check the ongoing advance of the Chinese people,” according to KCNA.

Kim's message came a day after he told a powerful Politburo meeting that a “crucial” lapse in the anti-virus campaign has caused a “great crisis.”

He did not elaborate, but there was speculation that Kim may have aimed to raise a call for international assistance, including vaccine shipments.

North Korea maintains some of the world's toughest anti-virus measures, including 1 ½ years of border shutdowns, despite its much questionable claim to be coronavirus-free.

Such draconian steps have devastated its already struggling economy, and Kim has said before his country faces the “worst-ever” situation. It's unclear when North Korea would reopen its borders with China, and so far, there are no reports that it has received any vaccines.

More than 90 percent of North Korea''s trade goes through China, which has long been suspected of refusing to fully implement UN sanctions against North Korea because of its nuclear weapons programs. Experts say China worries about a collapse and chaos in North Korea because it doesn't want refugees flooding over the long border and a pro-US, unified Korea on its doorstep.

“China and the DPRK have a long tradition of helping each other when they encounter difficulties,” Wang said, referring to the North by the initials of its official name. “If necessary, China will actively consider providing assistance to the DPRK.”