'Now Not The Time,' Says UN Chief Guterres After Trump Halts WHO Funding

The Trump administration has accused WHO of taking side with China in the coronavirus outbreak that has brought America's economy to a standstill. 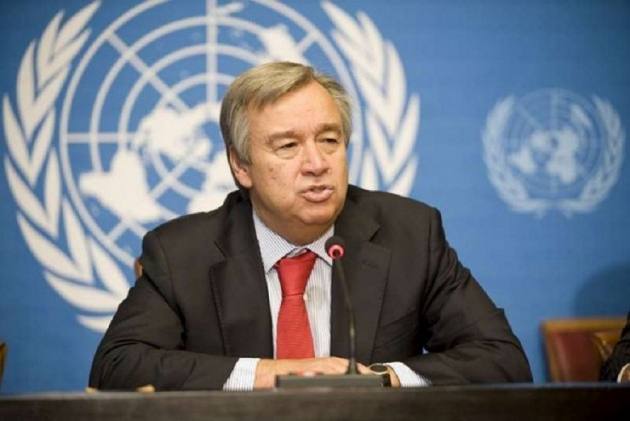 Now is "not the time" to reduce resources for the World Health Organization (WHO) as it fights the COVID-19 pandemic, UN chief Antonio Guterres said after US President Donald Trump announced to halt America's funding of the world body and blamed it for “severely mismanaging and covering up the spread of the coronavirus.”

The Trump administration has accused WHO of taking side with China in the coronavirus outbreak that has brought America's economy to a standstill.

The UN secretary-general expressed support for the WHO after it came under attack from Trump over the pandemic, saying that now is not the time to look back and assess how all those involved reacted to the crisis.

“As it is not that time, it is also not the time to reduce the resources for the operations of the World Health Organization or any other humanitarian organization in the fight against the virus,” Guterres said on Tuesday.

He said that now is the time for unity and for the international community to work together in solidarity to stop this virus and its shattering consequences.

The novel coronavirus, which originated in Wuhan City of central China's Hubei province in November, has so far infected 1.97 million people and killed at least 126,500 people globally, including more than 25,000 in the US, according to Johns Hopkins University data.

American taxpayers provide between USD 400 million and USD 500 million per year to the WHO, while China contributes roughly USD 40 million a year and even less, Trump said.

"As the organization''s leading sponsor, the US has a duty to insist on full accountability, one of the most dangerous and costly decisions from the WHO was its disastrous decision to oppose travel restrictions from China and other nations,” Trump said.

As Trump lashed out at the WHO, Guterres had last week said that the COVID-19 pandemic is one of the most dangerous challenges this “world has faced in our lifetime. It is above all a human crisis with severe health and socio-economic consequences.”

Guterres reiterated his message from last week when he had said that WHO with thousands of its staff, is on the front lines, supporting Member States and their societies, especially the most vulnerable among them, with guidance, training, equipment and concrete life-saving services as they fight the virus.

“It is my belief that the World Health Organization must be supported, as it is absolutely critical to the world's efforts to win the war against COVID-19,” Guterres had said.

Voicing support for WHO's handling of the crisis, Guterres said “obviously, in such conditions, it is possible that the same facts have had different readings by different entities.

“Once we have finally turned the page on this epidemic, there must be a time to look back fully to understand how such a disease emerged and spread its devastation so quickly across the globe, and how all those involved reacted to the crisis. The lessons learned will be essential to effectively address similar challenges, as they may arise in the future. But now is not that time,” Guterres said.

Responding to Trump’s decision, Oxfam America President and CEO Abby Maxman said “picking a fight with the World Health Organization during a pandemic is shortsighted to say the least. Instead of bringing us together through this global crisis, President Trump has attacked leaders and agencies around the world, seeking to deflect blame for his own administration's failings.”

The organization said with the latest move to hold back funding for the WHO, Trump is crippling any hopes for the responsible international cooperation and solidarity that is critical to save lives and restore the global economy.

“Withholding funding and blame-shifting means wasted time and needless death, misery, and poverty. And it gets the US and the world no closer to an end to this disaster,” Maxman said, adding that Trump must immediately reverse course and act like the global leader the world expects.