The fighting has taken place in Aden's residential neighbourhood of Crater, where the presidential palace and other government buildings are located 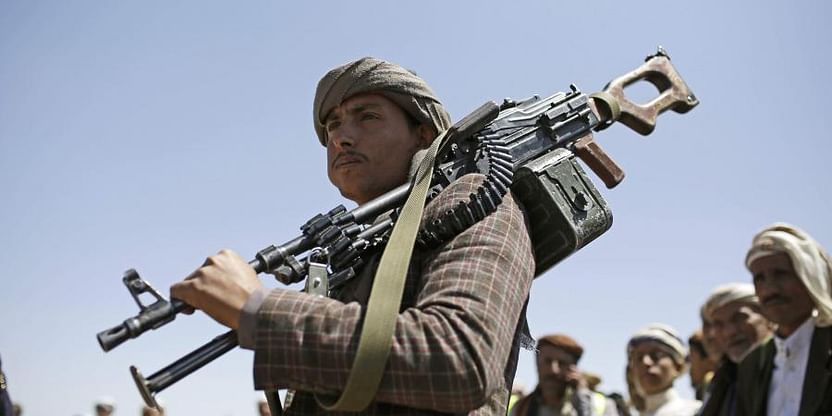 Clashes between Yemeni separatists backed by the United Arab Emirates and a rival splinter group in the southern port city of Aden killed at least 10 people including four civilians Saturday, security officials said.

The fighting has taken place in Aden's residential neighbourhood of Crater, where the presidential palace and other government buildings are located, they said. It pits forces of the secessionist Southern Transitional Council against an armed religious group that was once part of the council, according to the officials.

The armed group is led by Brig. Imam al-Noubi, a Salafi officer who commanded a faction of the separatist militia known as the Security Belt. He fell out with the council leader two years ago, according to one official.

The officials said a dozen fighters were also wounded in the clashes, which had subsided by Saturday evening after the Security Belt deployed reinforcements, including armoured vehicles, to the neighbourhood.

The Security Belt called for Crater's residents to remain at their homes, as “Aden's security forces and counter-terrorism forces clear the area from some groups and terrorist hotbeds.”

The officials spoke on condition of anonymity because they were not authorized to brief media, and the residents did so for fear of reprisals.

The Southern Transitional Council is an umbrella group of heavily armed and well financed militias propped up by the UAE since 2015. It hopes to restore an independent southern Yemen, which existed from 1967-1990.

The council controls large swathes of territory in southern Yemen, including Aden, which serves as an interim capital of the internationally recognized government of exiled President Abed Rabbo Mansour Hadi.

The clashes in Crater come two weeks after protests in Aden and other southern cities over dire living conditions amid an unprecedented drop in the value of the local currency, the rial.

The rial lost 36 per cent of its value in July, according to the UN. humanitarian agency. One US dollar trades at more than 1,000 rials in the black market.

The currency collapse has made it difficult for most Yemenis to afford basic needs including food.

Yemen has been convulsed by civil war since 2014, when Iran-backed Houthi rebels took control of the capital of Sanaa and much of the northern part of the country, forcing Hadi's government to flee to the south, then to Saudi Arabia.

A Saudi-led coalition entered the war in March 2015, backed by the United States, to try restore Hadi to power, and threw its support behind his internationally backed government. The conflict has deteriorated largely into a stalemate and spawned the world's worst humanitarian crisis.

Tens of thousands of Yemenis live in famine-like conditions. More than 20 million of the country's some 30 million people need some form of humanitarian aid, according to the UN.