The Gulf nations are no longer seen through a Pakistan prism, while Saudi Arabia and UAE now see India as an investment destination. 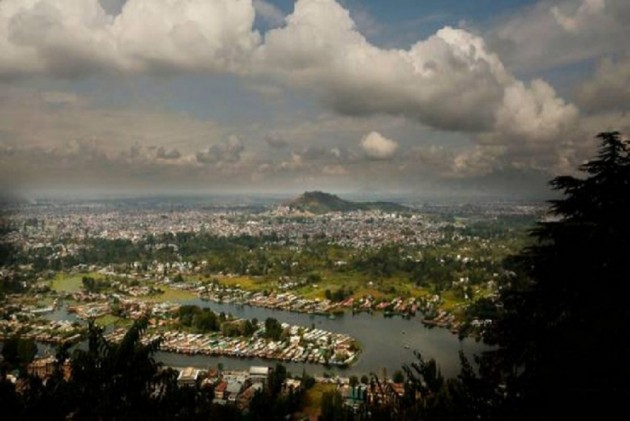 After a prolonged and sustained diplomatic effort stretching over 15 months, Pakistan’s foreign minister Shah Mehmood Qureshi got the Organisation of Islamic Cooperation, better known the OIC, to pass a strong resolution on Kashmir. It was in fact a pyrrhic victory, as despite unprecedented lobbying in Islamic capitals, Kashmir was not part of the official OIC agenda. However, it came up later in the form of a resolution sponsored by Pakistan.

It is being hailed by Prime Minister Imran Khan’s PTI government as a major diplomatic victory at time when the leadership is facing a combined opposition onslaught. New Delhi has predictably rejected the OIC resolution which was passed at the 47th meeting of the OIC in Niger.

“We strongly and categorically reject the factually incorrect, gratuitous, and unwarranted references to India in resolutions adopted by the Organisation of Islamic Conference (OIC) at the 47th CFM (Conference of Foreign Ministers) session in Niamey, Republic of Niger, held on November 27-28, 2020,” the external affairs ministry said in a statement.

The Pakistan foreign office released a statement soon after the resolution was passed. “The [OIC] Resolution demands that India cancel the issuance of domicile certificates to non-Kashmiris as well as other unilateral and illegal actions, including ‘Jammu & Kashmir Reorganisation Order 2020’, ‘Jammu & Kashmir Grant of Domicile Certificate Rules 2020’, ‘Jammu and Kashmir Language Bill 2020’ and amendments to the landownership laws.” Elsewhere, foreign minister Shah Mahmood Qureshi claimed it as a major diplomatic victory for Pakistan.

"Yes, Pakistan will claim it as a victory,’’ said former diplomat Zikrur Rahman, an expert on Gulf politics. "Hundreds of such resolutions are passed by the OIC and have little overall impact. This is not the first nor the last time that Kashmir will be the talking point at the OIC." He felt that Pakistan’s efforts at getting the Kashmir resolution passed had more to do with sending a message to the opposition, which has been attacking the PTI government for its failure to raise Kashmir at international forums. ``It is mainly to do with domestic politics. The government can now claim it succeeded in getting a hard-hitting resolution on Kashmir,’’ said Rahman. But such resolutions, as Rahman and other Indian diplomats point out, does not affect India’s ties with individual members of the 57-member OIC group.

The OIC in its resolution categorically rejected illegal and unilateral actions taken by the Indian government in occupied territory since August 5, 2019. It asked India to cancel the issuance of domicile certificated to non – Kashmiris and steps taken to change the demographic profile of the valley. It also condemned human rights violations by Indian security forces.

Next year’s meeting of the OIC will be in Islamabad, where Kashmir is expected to be a major focus point. The OIC, which is widely regarded as Saudi Arabia-led Sunni grouping, is facing a challenge from its rivals, mainly Turkey, Iran and Malaysia. Last year Malaysia held a meeting of Muslim nations outside the OIC. The Saudis refused to attend. Pakistan was caught in the crossfire, not wishing to offend Riyadh while at the same time wanting to play along with Turkey. Pakistan finally pulled out, with Imran Khan refusing to cross swords with Saudi Arabia.

India’s relations with the Gulf kingdoms, especially UAE and Saudi Arabia has blossomed under Prime Minister Narendra Modi. The Gulf nations are no longer seen through a Pakistan prism. The relations have now moved beyond just sending out Indian workers to work in the Gulf states and buying oil from the region. Political ties with both Riyadh and the UAE are strong and high-level visits frequent. Both Saudi Arabia and UAE are looking at India as an investment destination. Foreign minister S. Jaishankar was in a visit to UAE and Bahrain last week. ends