South Africa is the first nation where the virus was detected. So far, 77 cases of Omicron have been reported from the nation, prompting travel bans across the world. 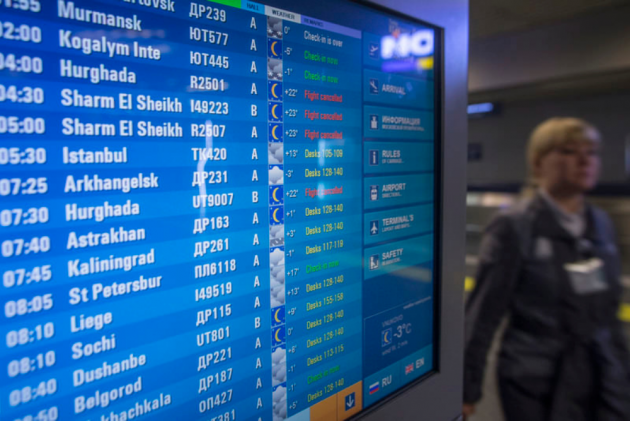 Saudi Arabia and Nigeria on Wednesday became the latest countries to record cases of Omicron, the latest variant of the Covid-19. With these, the elusive virus variant has now made its debut in both the Gulf Arab nation and West Africa.

With the fresh additions, the variant has now been recorded in nearly 20 countries where triggering travel bans across the world.

New findings of the coronavirus's omicron variant made it clear Tuesday that the emerging threat slipped into countries well before their defences were up, as two distant nations announced their first cases and a third reported its presence before South African officials sounded the alarm.

Here are all the countries that have recorded cases of Omicron Covid-19 cases since the discovery of the strain by researchers in South Africa.

South Africa is the first nation where the virus was detected. As of Tuesday, CNN reported 77 cases of Omicron from the nation, prompting travel bans from several nations across the world.

The Gulf nation's state-run Saudi Press Agency said the first case of Omicron variant came from a citizen coming from what it described as a “North African country”. The report said the infected individual and his close contacts had been quarantined.

The case marks the first known instance of omicron being detected among Gulf Arab nations.

Nigeria has detected its first case of the omicron coronavirus variant in a sample it collected in October, weeks before South Africa alerted the world about the variant last week, the country's national public health institute said Wednesday.

It is the first West African country that has recorded the omicron variant since scientists in southern Africa detected and reported.

Face coverings are mandatory in shops and public transport from Tuesday as part of “targeted measures" to slow the spread of the Omicron variant, 22 cases of which have now been detected in the UK after Scotland and England reported further infections.

Individuals linked with all new cases, identified in the East Midlands, the East of England, London and the North West, are all isolating and the UK Health Security Agency (UKHSA) said work is underway to identify any links to travel to southern Africa.

Japan announced its first case on Tuesday same day the country put a ban on all foreign visitors into effect. The patient was identified as a Namibian diplomat who had recently arrived from his homeland.

France has also recorded Omicron cases. The first patient was logged in the far-flung island territory of Reunion in the Indian Ocean.

.Patrick Mavingui, a microbiologist at the island's research clinic for infectious diseases, said the person who has tested positive for the new variant is a 53-year-old man who had travelled to Mozambique and stopped in South Africa before returning to Reunion on November 20.

Two doctors were diagnosed with the Omicron variant of Covid-19 in Israel on  Tuesday, taking the total number of cases in the country to 4. One of the doctors had recently travelled to London. Both the doctors have received both doses of Pfizer's Covid-19 vaccine and are currently experiencing mild symptoms.

At least one case of Omicron has been reported in Czech Republic.

Brazil, which has recorded a staggering total of more than 6 lakh Covid-19 deaths, reported finding the variant on Tuesday in two travellers returning from South Africa — the first known omicron cases in Latin America. The travellers were tested on Nov. 25, authorities said.

The restrictions took effect hours after Health Minister Hugo de Jonge announced that at least 13 travellers who arrived at Amsterdam’s Schiphol Airport on Friday tested positive for the new variant. He urged other travellers who arrived last week from southern Africa to get tested as well. As of Tuesday, there were 14 confirmed cases in the Netherlands.

However, reports suggest the omicron variant was already in the Netherlands when South Africa alerted the World Health Organization about it last week, Dutch health authorities said Tuesday, adding to fear and confusion over the new version of the coronavirus.

Germany reported its first case of Omicron on Saturday after cases were reported in Munich and Hesse. Another case was detected in Leipzig was diagnosed with the new variant. According to reports, the man had no prior travel history.

Hong Kong has detected at least three cases of Omicron, health authorities confirmed on Monday. While the latest patient had recently travelled back from Nigeria, one of the previous two patients had arrived from South Africa. The latter allegedly infected another person who was staying in the opposite room in the quarantine hotel the South Africa returnee was lodging in. According to authorities, the latter wore a type of "self-styled mask" that did not filter out exhaled air, which might have possibly led to the infection of his hotel neighbour.

Canada confirmed the first cases of Omicron on Monday after two persons tested positive. One of the patients had recently visited Nigeria.

Australian authorities announced on Monday that they would delay plans to relax border restrictions by at least two weeks, as the country reported its fifth case of the omicron Covid-19 variant. As of Tuesday, Australia had six confirmed cases.

Portuguese health authorities said Monday they have identified 13 cases of omicron, the new coronavirus variant believed to be more contagious, among team members of a professional soccer club.

The Ricardo Jorge National Health Institute said Monday that one of those who tested positive at the Lisbon-based Belenenses soccer club had recently travelled to South Africa, where the omicron variant was first identified.

The others, however, had not travelled to South Africa, indicating that this may be one of the very first cases of local transmission of the virus outside of southern Africa.

Four foreign nationals who had visited Botswana tested positive for Covid-19 on November 11. By November 24, they were confirmed to be tested with the Omicron variant. Since then, Botswana has confirmed at least 19 cases of Omicron on Sunday.

On Wednesday, Spain confirmed yet another case of Omicron, taking the total number of cases to two.

No Omicron In India, China or US yet

No cases of the Omicron virus have as yet been detected in India. Centre and state governments like Maharashtra however have already issued reviewed guidelines for international travellers.

Cases have not been detected in two other countries that were the worst affected by the Covid-19 pandemic along with India - China and the United States.

Much remains unknown about the new variant, which has been identified in more than 20 countries, including whether it is more contagious, whether it makes people more seriously ill, and whether it can thwart the vaccine.

Dr Anthony Fauci, the top US infectious disease expert, said more would be known about the omicron strain in two to four weeks as scientists grow and test lab samples of the virus.