Omicron Covid-19: The US Centres for Disease Control and Prevention lists California as a place with ‘high’ transmission of the virus, along with nearly everywhere else in the country. But in the last week California averaged 16.4 new cases per 100,000 people, less than a third of the national rate. 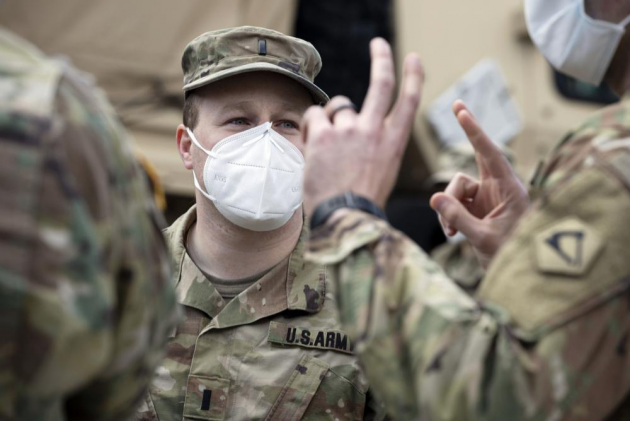 California became the first state to record more than 5 million known coronavirus infections, according to the state dashboard on Tuesday, which was delayed by the holiday weekend.

The grim milestone, as reported by the California Department of Public Health, wasn't entirely unexpected in a state with 40 million residents poised for a surge in new infections amid holiday parties and family gatherings forced indoors by a series of winter storms.

California's caseload is also ahead of other large states. Texas had more than 4.4 million and Florida topped 3.9 million as of Sunday.

California has recorded more than 75,500 deaths related to Covid-19.

The state has fared far better than many other states that are dealing with a coronavirus surge, with areas in the Midwest and Northeast seeing the biggest jump in cases and hospitalizations amid frigid temperatures that have kept people indoors.

The US Centres for Disease Control and Prevention lists California as a place with “high” transmission of the virus, along with nearly everywhere else in the country. But in the last week California averaged 16.4 new cases per 100,000 people, less than a third of the national rate.

Meanwhile, coronavirus related hospitalizations have been rising slowly in California, up about 12 per cent in the last seven days to 4,401. That's less than half as many as during the late summer peak and one-fifth of a year ago, before vaccines were widely available.

The timeline of Covid-19 in America often comes back to California. It had some of the earliest known cases among travellers from China, where the outbreak began.

The February 6, 2020, death of a San Jose woman was the first known coronavirus fatality in the US. That same month, California recorded the first US case not related to travel and the first infection spread within the community.

It is unclear how many of the newly reported cases were attributed to the omicron coronavirus variant. Much about omicron remains unknown, including whether it causes more or less severe illness.

Scientists say omicron spreads even easier than other coronavirus strains, including delta, and it is expected to become dominant in the US by early next year. Early studies suggest the vaccinated will need a booster shot for the best chance at preventing an omicron infection but even without the extra dose, vaccination still should offer strong protection against severe illness and death.