Omicron Covid-19 Variant: Meeting for their last summit of the year, EU leaders were unable to agree on travel measures to tackle the new variant. Amid EU-Russia tensions, Germany's new chancellor also faced questions about NordStream 2. 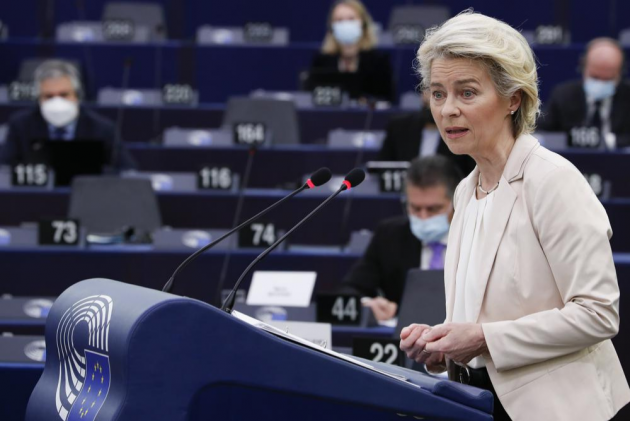 The 27 leaders of the European Union have struggled to find a common position on travel restrictions and additional measures to prevent the spread of the omicron variant of COVID-19.

Following a summit in Brussels, they released a statement saying that any new restrictions should be "based on objective criteria and not undermine the functioning of the Single Market or disproportionately hamper free movement between EU member states."

It comes after Italy followed Portugal and Ireland in reimposing rules that insist anyone arriving in their countries must show a negative coronavirus test, and not only proof of vaccination.

The EU leaders also said they want a "speedy adoption" of plans to limit the validity of the European digital vaccine certificate, also know as the EU Green Pass, to nine months for the first two doses, unless a person receives a booster shot.

The statement said the European Commission "will adopt a delegated act on this issue," but did not specify when that might happen.

ECDC: Vaccines not enough against Omicron

The summit ended as alarm bells about the severity of the omicron variant were being rung by the EU's own scientific experts.

On Wednesday, the European Center for Disease Prevention and Control (ECDC) released a warning saying "evidence to date raises concern that the Omicron VOC [variant] may be associated with a significant reduction in vaccine effectiveness."

The ECDC has insisted that vaccines are not enough against omicron, and has backed the reintroduction of measures like restrictions on group gatherings and masks mandates. It has also warned that health systems are likely to see increased pressure.

"Immediate planning should be considered to increase healthcare capacity to treat the expected higher number of cases," said the ECDC.

Experts in Germany are warning the omicron variant is now unstoppable and could cause hundreds of thousands of new infections every day.

No conclusions on energy

The summit lasted longer than it might have as EU countries battled over whether they would publish plans for defining energy sources as part of the EU's plan to green its economies.

A number of anti-nuclear countries like Germany, Austria and Luxembourg are fighting for nuclear power not to be classified as "green."

It meant that EU leaders were unable to release any statement relating to what is known as the bloc's "taxonomy" — the process of defining what is classed as green energy and what isn't.

France, a nuclear-reliant nation, is pushing for it to be considered a sustainable energy source in the EU.

"The divergences around the table meant that we couldn't agree on conclusions. We'll come back to this," said EU Council President Michel after the summit.

In a show of Franco-German unity, German Chancellor Olaf Scholz held a joint press conference with French President Emmanuel Macron after the summit.

But the two leaders couldn't shy away from the fact that they sit on opposite sides of this argument.

"The perspectives are slightly different with regard to the path that both our countries intend to pursue," said Scholz. "It's been a long while that Germany took the decision that nuclear energy will not play a part for us in the energy transition."

Around 70% of France's electricity is produced by nuclear power plants.