Omicron: With the festive season looming, the bloc's leaders want to avoid a confusing mixture of rules and to ensure all 27 member states are on the same page and that Covid-19 certificates continue to guarantee unrestricted travel. 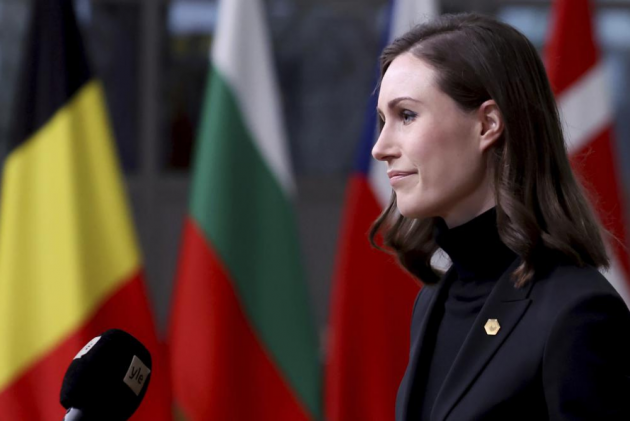 European Union leaders are trying Thursday to coordinate action to tackle the surge of coronavirus infections across the continent and the emergence of the new omicron variant while keeping borders open.

With the festive season looming, the bloc's leaders want to avoid a confusing mixture of rules and to ensure all 27 member states are on the same page and that COVID-19 certificates continue to guarantee unrestricted travel.

But alarming rises in infections have prompted many European governments to implement public health measures and new restrictions in recent weeks.

The European Council, which brings together EU leaders to set the bloc's political agenda, said before the talks in Brussels that “any restrictions should not undermine the functioning of the single market or hamper travel between EU member states and to Europe.”

Italy this week required negative tests from vaccinated visitors, raising concerns that similar moves elsewhere will limit the ability of EU citizens to travel to see friends and relatives over the holidays.

Portugal adopted a similar measure on Dec. 1, requiring a mandatory negative test for all passengers on arriving flights, regardless of their vaccination status, point of origin or nationality. Greece announced Wednesday that all arriving travelers must display a negative test starting Sunday unless they have spent less than 48 hours abroad.

Leaders will discuss the rollout of vaccines and the need to deploy booster doses to counter the spread of omicron.

“The one answer to the omicron right now is the acceleration of our vaccination program, with a particular emphasis to the booster shots," Greek Prime Minister Kyriakos Mitsotakis said.

“In Greece, we are one of the first European countries to open booster shots to the entire population."

Mitsoakis said additional restrictive measures, like extra testing for visitors, should only apply during the Christmas period “in order for us to gain additional time to boost as many people as possible.

It's a battle against time." Irish Prime Minister Micheál Martin said that leaders have significant concerns about omicron's capacity to spread rapidly and create pressure on health systems.

Omicron is expected to be the dominant coronavirus variant in the European Union's 27 nations by mid-January, according to European Commission President Ursula von der Leyen. She said that more than 66% of the EU population is now fully vaccinated, but that figure doesn't offer a clear view of the contrasted EU picture.

While nations like Portugal and Spain have immunized the vast majority of their people, other countries lag way behind. Bulgaria, for example, has just 26.6% of its population fully vaccinated, according to the European Centre for Disease Prevention and Control. (AP)