According to French Prime Minister Jean Castex's statement, in view of the extremely rapid spread of the omicron variant in the UK, the revised measures will take effect from Sarurday. 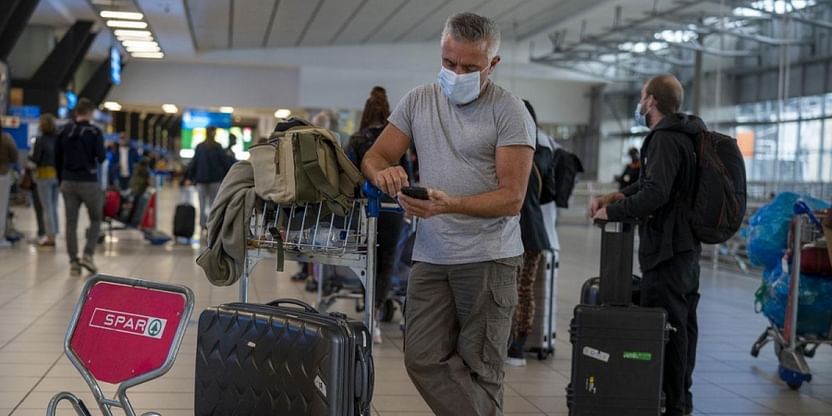 France will sharply restrict travel to and from Britain because of fast-spreading cases of the omicron coronavirus variant, putting limits on reasons for travelling and requiring 48-hour isolation upon arrival, the government said Thursday.

The move suddenly disrupted travel plans for families and others on both sides of the English Channel. Travellers questioned whether the measures were politically driven, and UK officials suggested they were pointless.

The new French measures will take effect first thing Saturday, just after midnight, “in the face of the extremely rapid spread of the omicron variant in the UK”, French Prime Minister Jean Castex said in a statement.

The French government is holding a special virus security meeting Friday that will address growing pressure on hospitals in France from rising infections in recent weeks. Delta remains the dominant variant in France, but omicron is spreading so fast in Britain that it's raising concerns across the Channel.

French government spokesman Gabriel Attal said on BFM television that tourism and business travel to and from Britain will be strongly curtailed, and all those arriving from Britain will need to have a negative virus test less than 24 hours old, and to test again upon arrival and isolate “in a place they choose” for at least 48 hours pending the result.

“The winter sports and school travel markets are particularly exposed, and the government must now bring forward a support package if we are not to see company failures and job losses," said Mark Tanzer, chief executive of travel and trade association Abta.

Tanzer said the sector has had little opportunity to make money since the start of the pandemic nearly two years ago, and will now be faced with another wave of cancellations.

There are several hundred flights scheduled between Britain and France over the week leading up to Christmas, according to aviation analytics firm Cirium. That's the equivalent of more than 90,000 seats, though the new restrictions mean they are likely to be largely empty.

The UK recorded the highest number of confirmed new COVID-19 infections Wednesday since the pandemic began, and England's chief medical officer warned the situation is likely to get worse as the omicron variant drives a new wave of illness during the Christmas holidays.

According to France's new measures, citizens of any EU country can still enter France from Britain, in addition to non-EU citizens with a long-term EU residency permit or long-term visa, and some other categories of people including truckers who are only transiting France, diplomats and health care workers. All other foreigners are not allowed in.

People will only be allowed to leave France for Britain if they aren't French, or if they have an urgent health or legal reason to travel.

The abrupt move comes after weeks of political tensions between France and Britain over post-Brexit fishing rights and how to deal with migration in dangerous small boats across the English Channel.

It also comes as France's government is desperately trying to avoid a new lockdown or stricter measures that would hurt the economy and cloud President Emmanuel Macron's expected campaign for the April presidential election.