President Trump on Wednesday claimed 'fraud' in the counting of votes and said he would approach the Supreme Court to stop it. 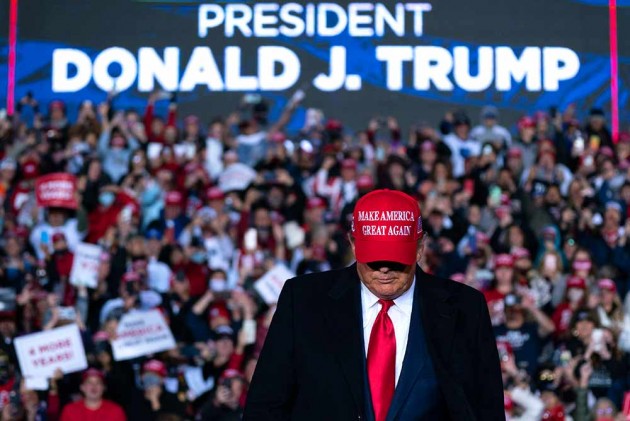 A team of international observers has described US President Donald Trump’s claims of voter fraud as "baseless allegations", asserting that such remarks harm public trust in democratic institutions.

The observers from the Organization for Security and co-operation in Europe (OSCE), of which the United States is a member, said in a preliminary report on Wednesday that the November 3 general elections were competitive and well managed despite legal uncertainties and logistical challenges.

"Counting and tabulation are ongoing and should continue in accordance with the law and OSCE commitments. Baseless allegations of systematic deficiencies, notably by the incumbent president, including on election night, harm public trust in democratic institutions,” the report said.

“Despite numerous public statements by the incumbent President over the integrity of postal voting, the number and scale of alleged and reported cases of fraud associated with absentee ballots remained negligible,” it said.

President Trump on Wednesday claimed "fraud" in the counting of votes and said he would approach the Supreme Court to stop it.

Trump called the election "a fraud on the American public”, without citing any evidence of fraud in the electoral process. The OSCE is the world's largest security-oriented intergovernmental organization.

Its mandate includes issues such as arms control, promotion of human rights, freedom of the press, and fair elections.

The Vienna-based organization praised the media for providing “comprehensive coverage” of the campaign and making efforts to give accurate information on the organization of elections.

“Arrangements put in place by the election administrators, including for early and postal voting, together with committed civic engagement, allowed for high voter participation despite challenges posed by Covid-19 pandemic,” it said.

The OSCE sent a team of 102 observers to oversee the voting process in the United States, at the invitation of the US authorities. It will publish a final assessment after the conclusion of the electoral process, CNN reported.