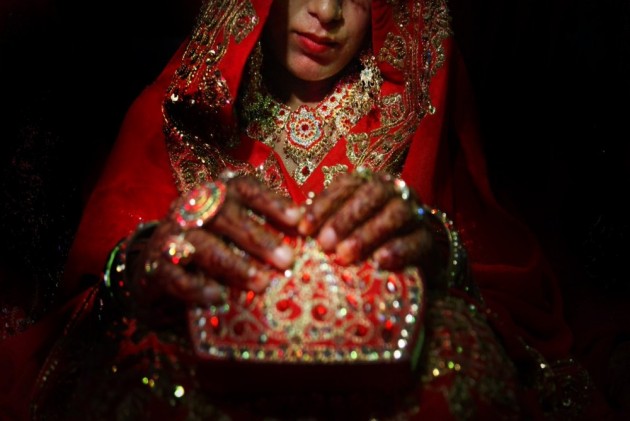 At least 10 Chinese nationals, including a woman, have been arrested in Pakistan for allegedly luring young Pakistani girls into fake marriages, then forcing them into prostitution in China, the country's premier probe agency has said.

The Federal Investigating Agency (FIA) arrested eight Chinese nationals, including a woman, on Monday and last week, two Chinese nationals were arrested when a marriage ceremony was being performed in Faisalabad, about 150 kms from Lahore.

"On Monday, we have arrested seven Chinese men and a Chinese woman for their alleged involvement in trafficking of Pakistani girls to China for the purpose of prostitution," FIA Punjab Director Tariq Rustam told PTI.

Rustam said that their leader, identified as 'Candice', was among those arrested. He has been living near the Lahore airport for the last one year.

"The girls were moved to the rented houses acquired by the Chinese in Lahore where they were taught Chinese language before they leaving for China after completion of their marriage-related documents," he said, adding the girls were forced into prostitution in China.

"We are collecting the data of the girls trafficked to China during the last couple of years. Their number may run into hundreds," he said.

“We are interrogating the arrested Chinese nationals and hopefully arrest all those involved in the crime,” he added.

The Government recently ordered the FIA to take action against the gangs involved in smuggling of Pakistani girls to China on the pretext of contracting marriage.

According to the local media reports, poor Christians girls are lured with money and promises of a 'good life' by the illegal matchmaking centres to marry Chinese men, who are either visiting or working in Pakistan.

These centres produce fake documents of Chinese men showing them either as Christians or Muslims. Most of the girls reportedly became victims of human trafficking and forced into prostitution, the report said.