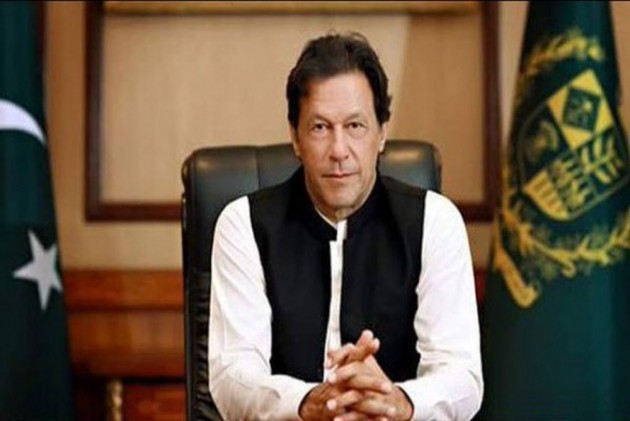 Kartarpur is the "Madina" and Nankana Sahib is the "Makkah" of the Sikh community, Pakistan Prime Minister Imran Khan has said and assured that his government will issue multiple and on-arrival visas to Sikh pilgrims coming from India and other countries, according to media reports on Tuesday.

Khan said the government will provide Sikh pilgrims maximum possible facilities during their pilgrimage to the holy sites in Pakistan, the News International reported.

Addressing the International Sikh Convention at the Governor House here on Monday, the prime minister said, "I assure that you will be issued multiple visas...This is our responsibility. We will give you visas at the airport."

Pakistan has decided to complete the process of issuance of visas to Sikh pilgrims by September 30 to facilitate their participation at the 550th birth anniversary of Guru Nanak Dev in Nankana Sahib on November 12. The visa process started on September 1.

The move is not a favour, it was Pakistan's obligation, the Saama TV quoted Khan as saying.

"Kartarpur is your Madina and Nankana Sahib is your Makkah. We (Muslims) can't even imagine someone keeping us away from Makkah or Madina. This is a new visa regime so there may some obstacles initially, but we will facilitate you fully," he said.

The convention was attended by Punjab Governor Chaudhry Sarwar, federal and provincial cabinet members, and Sikh pilgrims from the UK, the US, Canada, Europe and other countries.

New Delhi and Islamabad have agreed that Pakistan would allow 5,000 Sikh visitors per day into the country through the proposed Kartarpur Corridor.

The corridor will connect Darbar Sahib in Kartarpur with Dera Baba Nanak shrine in Gurdaspur district and facilitate visa-free movement of Indian Sikh pilgrims, who will have to just obtain a permit to visit Kartarpur Sahib, which was established in 1522 by Sikh faith founder Guru Nanak Dev.

Kartarpur will also be the first visa-free corridor between the two neighbours since their independence in 1947.

Pakistan is building the corridor from the Indian border to the Gurdwara Darbar Sahib, the final resting place of Guru Nanak, while the other part from Dera Baba Nanak up to the border will be constructed by India.

Pakistan has repeatedly said that the opening of the corridor will not be hit by the current tension with India that has escalated after New Delhi revoked Jammu and Kashmir's special status.