Mineral-rich Balochistan had long been neglected by Islamabad but now due to the presence of Chinese workers, the government has to douse the flames before it harms Pakistan and China’s strategic interests. 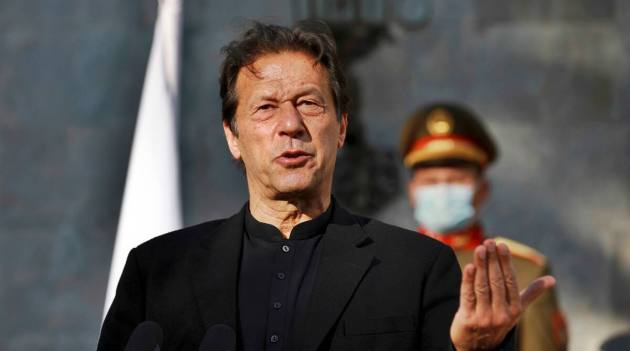 Thousands of ordinary people are on a sit-down protest in Gwadar city, in Pakistan’s restive Balochistan province. They are demanding clean water, schools, colleges, hospitals and clinics, as well as employment opportunity for locals in the area. A major demand of the fisherfolks of this coastal city is a ban on modern mechanised trawlers that are depriving local fishing communities of their livelihood.

The protests have been on for a month, and is being led by Maulana Hidayat-ur-Rehman the leader of the local wing of the Jamaat-i-Islami Party. The movement, called "Gwadar ko haq do’’ (give Gwadar its right) is attracting thousands of people not just from the city but surrounding districts as it is gathering momentum. What is more, women are coming to the protest site standing up and speaking about their problems. This is perhaps the first time that women are coming out to join a protest in a conservative Baluch society pointing to the desperation of people wanting the basics amenities and livelihoods.

Pakistan’s Balochistan province is known to Indians mainly for the Chinese built Gwadar port which is at the centre of President Xi Jinping’s ambitious Belt and Road Initiative.

China is committed to provide  US $60 billion to Pakistan for developing the regions infrastructure. The China-Pakistan alliance which is the past was mostly in defence, as a bulwark against common enemy India, is now also political and economic. Imran Khan did not attend President Joe Biden’s Summit for Democracy also at Beijing’s insistence. Otherwise the Chinese foreign office spokesman would not have dubbed Pakistan as an "iron brother" and speak of Khan not attending the summit. Apart from China’s strategic considerations, finding an alternative route to take minerals and other raw materials to the home country, the Gwadar port project is also meant to generate employment and give a leg-up to Pakistan’s sagging economy.

But New Delhi see’s Gwadar, which is on the Arabian Sea as a means for China to increase its naval presence in both the Arabian and Indian Oceans. Add this to the PLA opening its first overseas military base in Djibouti in the Horn of Africa in 2017, and its presence in Hambantota in neighbouring Sri Lanka, is of natural concern to India. More so as ties between the two Asian giants have taken a major dip following the military confrontation in Ladakh last summer. India closely monitors Gwadar and Balochistan for strategic concerns, though Islamabad has time and again charges New Delhi of arming and funding terror groups in the province.

Balochistan is one of Pakistan’s least developed provinces though it is also one of the richest in resources, especially minerals. Balochistan had always had testy relations with the federal government in Islamabad as the region was neglected by successive military dictators. There were several nationalist movements in Balochistan calling for more self-government and more development funds from the federal kitty. And as has happened in India’s north east, long neglect by the centre led to young men taking up arms and launching an armed struggle. Inevitably the army is brought in and local resentment grows. The Balochistan Liberation Army has been carrying out several attacks across the province and crackdown by the army had led to human rights violations. Earlier the target was the Pakistan military and now more and more Chinese interests are targeted. Several Chinese engineers and workers have lost their lives in attacks by militants in Balochistan. At one time New Delhi was concerned about Chinese forces being sent to Balochistan for the security of Chinese workers sent in for infrastructure projects in the province.

Locals were promised jobs in the many new projects that are being built in and around Gwadar, but very few have been absorbed. Basic amenities for locals have not improved either leading to anger and frustration. The current movement is a result of the anger boiling over.

Pakistan Prime Minister Imran Khan has promised to look into the greviances and said trawlers will be banned so that the local fishing community can continue to earn a living. Whether all this finally comes about remains a question mark. Considering that the PTI government is already facing challenges in several fronts, the Prime Minister is expected to try and douse this fire. A ban on trawlers will be announced but how seriously the authorities implement it after a few months remain to be seen. The larger question is of development, not just roads and railways but also basic schools and health facilities to this neglected region. The locals who have to generations seen their minerals taken out of the province are now adamant that the new China Pakistan Economic Corridor which is centred around Gwadar are given employment opportunities.

Maulana Hidayat “When the Gwadar port has brought no prosperity to those living in its vicinity, what good can it do for the people in the rest of the country,” Maulana Hidayat is said to have said in an interview quoted by the Pakistan media.

It is an age-old story playing out in different parts of the developing world, where long neglected communities are being forced by their pathetic condition to raise the banner of revolt and fight for their rights. The peaceful protesters are not wanting to break away from Pakistan, but unless Islamabad douses the fire quickly, the Balochistan Liberation Group will take advantage of people;s disaffection and get more and more youth to join them. If the PTI government is wise it will try to douse the flames quickly. Imran Khan has announced he will give in to 19 of the 20 demands of protesters, but till these are implemented on the ground nothing can be said. In the past, governments had promised much but had not delivered. This time though with the Chinese present in large numbers in Balochistan Islamabad will be wary of security consequences if this movement is allowed to continue. ends