Khan said his government will make it sure that the minorities feel safe, protected and have equal rights in 'New Pakistan'. 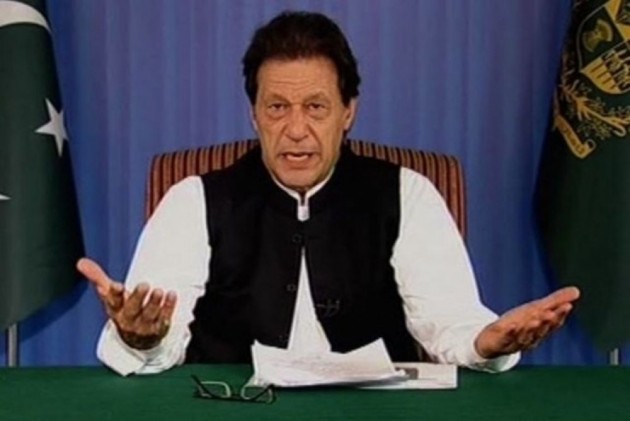 Pakistan Prime Minister Imran Khan on Saturday said he will "show" the Narendra Modi government "how to treat minorities", amidst a controversy over Bollywood actor Naseeruddin Shah's remarks on mob violence in India.

Shah finds himself at the centre of a major controversy over his remarks on the spate of mob lynching cases in India following the killing of a policeman in Uttar Pradesh's Bulandshahr district earlier this month.

Addressing an event to highlight the 100-day achievements of the Punjab government in Lahore, Khan asserted that his government is taking steps to ensure that religious minorities in Pakistan get their due rights, which was also a vision of the country's founder Muhammad Ali Jinnah.

Khan said his government will make it sure that the minorities feel safe, protected and have equal rights in 'New Pakistan'.

"We will show the Modi government how to treat minorities...Even in India, people are saying that minorities are not being treated as equal citizens," he said referring to Shah's statement.

In a video interview with Karwan-e-Mohabbat India, the veteran actor said the death of a cow was being given importance over killing of a policeman in India.

He said the "poison has already spread" and it will be now difficult to contain it.

"It will be very difficult to capture this djinn back into the bottle again. There is complete impunity for those who take law into their own hands...I feel anxious for my children because tomorrow if a mob surrounds them and asks, 'Are you a Hindu or a Muslim?' they will have no answer. It worries me that I don't see the situation improving anytime soon," Shah added.

The Pakistani premier said if justice is not given to the weak then it will only lead to uprising.

Giving an example, he said, "The people of East Pakistan were not given their rights which was the main reason behind the creation of Bangladesh."

On December 3, Inspector Subodh Kumar Singh and a student, Sumit Kumar, were killed in mob violence in Bulandshahr after cow carcasses were found strewn around.