The Pakistan government, in a petition, asked the Islamabad High Court to appoint a legal representative for Kulbhushan Jadhav so that it can fulfil its responsibility to see to the implementation of the ICJ’s decision. 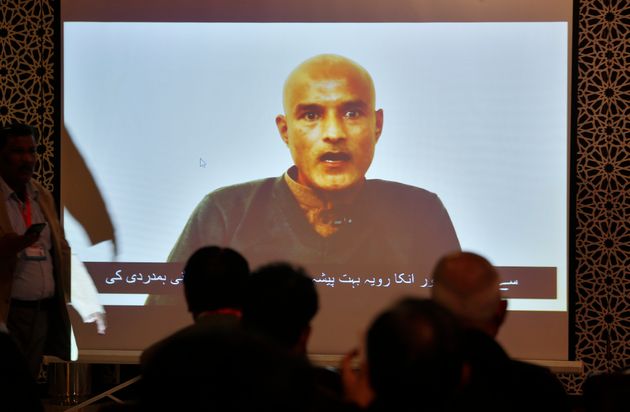 The Islamabad High Court on Monday ordered the Pakistan government to give "another chance" to India to appoint a lawyer for death-row prisoner Kulbhushan Jadhav, Pakistani media reports said.

Jadhav, the 50-year-old retired Indian Navy officer, was sentenced to death by a Pakistani military court on charges of espionage and terrorism in April 2017. India approached the International Court of Justice against Pakistan for denial of consular access to Jadhav and challenging the death sentence.

The Hague-based ICJ ruled in July 2019 that Pakistan must undertake an "effective review and reconsideration" of the conviction and sentence of Jadhav and also to grant consular access to India without further delay.

On Monday, a two-member bench comprising IHC Chief Justice Athar Minallah and Justice Miangul Hassan Aurangzeb heard a petition filed by the Pakistan government to appoint a lawyer for Jadhav.

The Pakistan government, in the petition, asked the IHC to appoint a legal representative for Jadhav so that it can fulfil its responsibility to see to the implementation of the ICJ’s decision.

It also claimed that Jadhav refused to file a review petition or an application to reconsider the verdict against him by the military court.

"Now that the matter is in the high court, why not give India another chance," Justice Minallah was quoted as saying by Geo News.

The judge said that the Indian government or Jadhav may reconsider their decision pertaining to the review petition.

"India and Kulbhushan Jadhav should once again be extended an offer to appoint a legal representative" for the death row prisoner, he added.

Responding to the judge's remarks, Pakistan’s Attorney General Khalid Javed Khan said an ordinance was issued to give an opportunity to India and Jadhav to file a review petition against the sentence.

"We will contact India again through the Foreign Office," he said.

The hearing was subsequently adjourned till September 3.

The Pakistan government filed the review petition in the IHC on July 22.

However, the main parties, including the government of India, were not consulted ahead of the filing of the application by the Ministry of Law and Justice under an ordinance which was enacted on May 20.

Under the ‘International Court of Justice Review and Reconsideration Ordinance 2020’, which was enacted on May 20, a petition for the review of a military court's decision can be made to Islamabad High Court through an application within 60 days of its promulgation.

The ordinance was approved by the parliament last week.

In New Delhi, External affairs ministry spokesperson Anurag Srivastava last month said Pakistan has once again exposed its "farcical" approach by denying available legal remedies to Jadhav against his death sentence which is also in contravention of the ICJ verdict, and asserted that it will explore further options in the case.

Srivastava said Pakistan has blocked all the avenues for an effective remedy available to India in the case, while noting that New Delhi has so far requested consular access to Jadhav for 12 times over the past one year.

The MEA spokesperson said Pakistan is not only in violation of the judgment of ICJ, but also of its own ordinance.