Pakistan Fully Complies With Only 1 Of 40 FATF Parameters

'Pakistan faces high risks of money laundering and terror financing and it needs to improve the understanding of these risks, the APG report said. 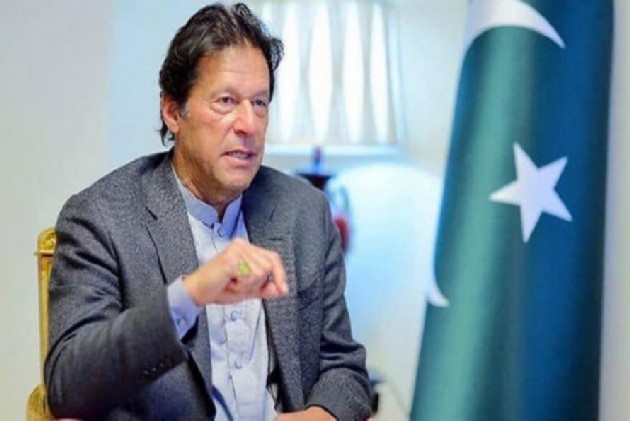 Pakistan has fully complied with just one of the 40 recommendations set by the Financial Action Task Force at the time of the country's inclusion in its grey list, according to Asia Pacific Group (APG) report.

Pakistan faces high risks of money laundering and terror financing and it needs to improve the understanding of these risks that are also animating from various terrorist groups operating in the country, the report said.

The APG released its much-awaited 228-page 'Mutual Evaluation Report' on Saturday, days ahead of the key Financial Action Task Force's (FATF) plenary meeting which will give its decision on Pakistan's 'grey list' status.

"After the APG report, chances are high that Pakistan would be retained on the grey list during the FATF plenary meetings from October 13 to 18 in Paris," according to the APG report.

Pakistan was placed on the grey list by the Paris-based anti-money laundering watchdog in June last year and was given a plan of action to complete by October 2019. Otherwise, it will have to face the risk of being placed on the blacklist with Iran and North Korea.

The cut-off date for Pakistan to show improvement to APG was October 2018 and the Pakistani authorities insisted that they made a lot of progress during the past year.

On the level of effectiveness of Pakistan's Anti-Money Laundering and Countering Financing of Terrorism (AML/CFT), Pakistan was found moderately effective only on one benchmark while on the remaining nine its effectiveness was declared as low as of October 2018 cut-off date, the report said.

"Due to these adverse findings, the APG has already decided to place Pakistan on its Expedited Enhanced Follow up reporting list," the APG report said.

The report underlined that Pakistan's regulators - the State Bank of Pakistan and Securities and Exchange Commission of Pakistan - have very limited understating of the money laundering and terror financing regimes.

The report has not agreed with Pakistan's assessment that it faces "medium" category risks of money laundering and terrorism financing.

In its National Risk Assessment report, Pakistan did not believe that money laundering and terrorism financing were high-risk category areas.

Contrary to the assessment by Pakistan that its overall terror financing risk assessment is "medium", Pakistan faces significant risk of terror financing both from legitimate and illegitimate sources as well as weak or no, regulation and supervision of certain sectors such as hawala/hundi, NPOs (Non-Profit Organisation) and DNFBPs (Designated Non-Financial Businesses and Professions) and porous borders, according to the report.

"The terror financing cases are identified by a number of mechanisms but not via financial intelligence," the report said.

The terrorist groups operating in Pakistan are reported to include but not limited to ISIS-Khorasan, Tehreek-e-Taliban Pakistan, Quetta Shura Taliban, Haqqani Network and Lashkar-e-Taiba (including its affiliates Jamaat ud Dawa and Falah-i-Insaniat Foundation), which raise funds through a variety of means, including direct support, public fundraising, abuse of NPOs and though criminal activities, the report added.

The report also said that Pakistan official and institutions lack the capacity to understand the issues of money laundering and its threats.

"Competent authorities have varying levels of understanding of the country's money laundering and terror financing risks, and the private sector has a mixed understanding of risks," the report said.

While Pakistan established a multi-agency approach to implementing its AML/CFT regime, it was not implementing a comprehensive and coordinated risk-based approach to combating money laundering and terror financing, it said.

There are no measures in place to address the money laundering and terror financing risks posed by trusts, including foreign trusts, and waqfs in Pakistan, the report said.

The APG report, however, applauded Pakistan's efforts to combat corruption.

"Corruption is endemic across Pakistan's economy, although Pakistan is to be commended for its recent initiatives to prevent and detect corruption," it said.

It also sought improvement in asset confiscation that should commensurate with Pakistan's money laundering and terror financing risks, including cross-border currency.