Prime Minister Imran Khan has said that for the first time in Pakistan, they have 70 countries from where people can come and get visas at the airport. 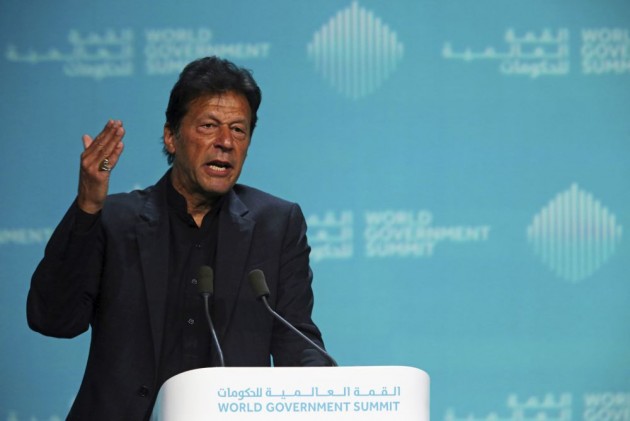 Prime Minister Imran Khan said on Sunday that Pakistan has the Mecca and Medina for the Sikhs. He also said that the country is opening up those sites for the minority community.

Khan was in the UAE on a day-long trip to take part in the 7th edition of the World Government Summit on the invitation of Vice President and Prime Minister of the UAE Sheikh Mohammad Bin Rashid Al-Maktoum.

"We have the Mecca and Medina of the Sikhs... and we are just opening up those sites for Sikhs," Khan said Sunday.

Mecca and Medina are the two holiest sites in Islam.

"We have opened our visa regime. For the first time in Pakistan, we have 70 countries from where people can come and get visas at the airport," the prime minister said.

Khan said Pakistan has the best tourist potential even though at the moment it hardly has any tourism.

"Half the world's highest peaks are in Pakistan," he said, adding that the country has 1,000 kilometres of coastline.

Khan also said that Pakistan has the oldest historical monuments, probably as old as anywhere in the world.

"We have Indus Valley Civilisation, which is 5,000 years old. We have Peshawar, the oldest living city in the world, 2,500 years old. Lahore and Multan are ancient cities.

"We have the Gandhara civilisation, which was the cradle of Buddhist civilisation, in the north of Islamabad. The biggest sleeping Buddha, 40 feet, is in Haripur. We have some of the greatest and highest number of Sufi shrines all over Pakistan," he said.

Khan said they are opening up the country for tourism.

Kartarpur Sahib in Pakistan is located across the river Ravi, about four kilometres from the Dera Baba Nanak shrine. It was established by the Sikh Guru in 1522. The first Gurdwara, Gurdwara Kartarpur Sahib, was built where Guru Nanak is said to have died.

The Kartarpur Corridor, which will facilitate the visa-free travel of Indian Sikh pilgrims to Gurdwara Darbar Sahib in Kartarpur, is expected to be completed soon.

Thousands of Sikh devotees from India visit Pakistan every year to celebrate the birth anniversary of Guru Nanak.

India had proposed the corridor to Pakistan around 20 years back.