The new restrictions include the closure of all tourist resorts, beaches, hotels, restaurants, shopping centres, parks, and other public places. 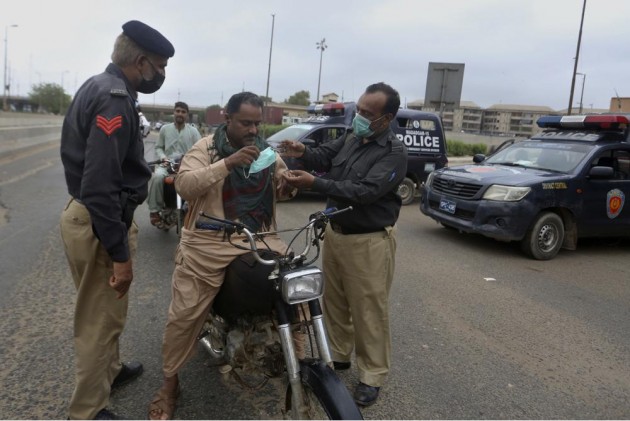 Pakistani authorities have imposed a lockdown in the southern Sindh province, including the commercial hub of Karachi and other urban centers, amid an alarming increase in Covid-19 cases.

The lockdown began Saturday and is set to last until Aug. 8, despite opposition from the federal government and the local business community.

Sindh's chief minister Murad Ali Shah said Friday that a sudden rise in virus cases has flooded hospitals in Karachi, the provincial capital. The new surge appears linked to many of the crowd-attracting activities earlier this month during the Muslim holiday of Eid al-Adha.

Media Can Act As A Bridge To Ensure Peace In Pakistan And Afghanistan: Pak Army Chief Bajwa

The Sindh provincial government is closing all markets, except for pharmacies, bakeries, gas stations, and grocery stores, which still must close by 6 p.m. All transport between cities is halted and public busses aren't operating. Private cars and taxis are limited to two people.

Ongoing examinations at schools and universities are also postponed until after the lockdown.

Nationwide, Pakistan on Saturday reported 65 deaths and 4,950 new virus cases in the past 24 hours. The South Asian country has reported 1,029,811 confirmed cases and 23,360 virus-related deaths since the start of the pandemic.