"The Pakistan Navy used its specialised skills to ward off the submarine, successfully keeping it from entering Pakistani waters," a spokesperson said in a statement. 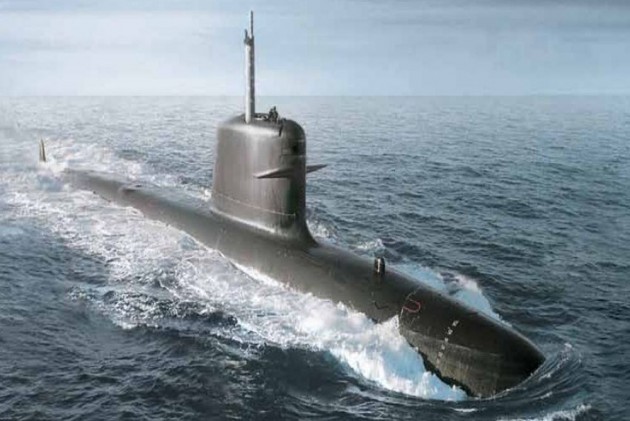 Claiming that it had thwarted an attempt by an Indian submarine to enter the country's territorial waters, the Pakistan Navy on Tuesday shared footage with the media, which it said was "actual" footage of the incident. The image showed that the footage was made at 2035 hours on March 4.

The report comes after tensions flared up between the two nuclear-armed neighbours following a terror attack claimed by Pakistan-based Jaish-e-Mohammed (JeM) in which 40 Central Reserve Police Force personnel were killed in Kashmir's Pulwama district on February 14.

Earlier on Tuesday, Indian Navy chief Admiral Sunil Lanba warned about terrorists being trained to carry out attacks even via sea route.

"The Pakistan Navy used its specialised skills to ward off the submarine, successfully keeping it from entering Pakistani waters," a spokesperson said in a statement.

The Indian submarine was not deliberately targeted by Pakistan to give peace a chance, the spokesperson said.

"The Indian submarine was not targeted keeping in view Pakistan's policy of peace," the official said, adding that India must learn from this incident and "move towards peace".

"The Pakistan Navy is always ready to guard its territorial waters and is capable of responding to any kind of aggression with full force," the navy said.

The naval forces claimed that it was the second attempt since November 2016 that they have caught the Indian Navy trying to enter the country's territorial waters.

Earlier in 2016, the Pakistan Navy successfully repelled an Indian submarine from entering the country's territorial waters, the report said.

After the Pulwama attack, the Indian Air Force carried out a counter-terror operation, hitting what it said was a JeM training camp in Balakot, deep inside Pakistan on February 26.

The next day, Pakistan Air Force retaliated and downed a MiG-21 and captured its pilot Wing Commander Abhinandan Varthaman who was handed over to India on Friday.