The Tehreek-e-Insaf party, led by Pakistan Prime Minister Imran Khan, is expected to form the next government in Pakistan-occupied Kashmir (PoK) after winning a majority in the legislative assembly elections. 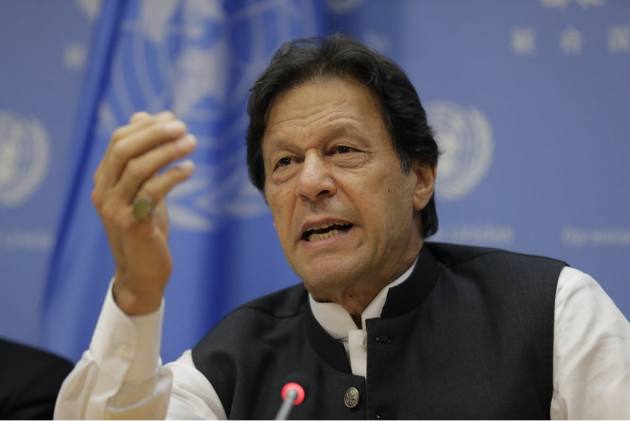 Prime Minister Imran Khan's party was on the verge of forming the first administration in Pakistan-occupied Kashmir after winning 25 of the 45 seats in legislative assembly elections marked by fatal violence and charges of irregularities by the opposition.

As a result, without the backing of any other party, the PTI was able to form the government with a simple majority. It will be the first time in PoK that it forms a government. Pok elections are traditionally won by the country's ruling party. One seat each was gained by the Muslim Conference (MC) and the Jammu and Kashmir Peoples Party (JKPP).

India has previously slammed Pakistan for its decision to hold elections in Gilgit-Baltistan and said any action to alter the status of the militarily occupied region has no legal basis.

In a tweet on Monday, he said the opposition parties should reconsider both their leadership and politics.

Pakistan's Opposition leaders - PPP Chairperson Bilawal Bhutto Zardari and PML-N Vice President Maryam Nawaz – alleged that the PTI won the polls through rigging and rejected the results of the elections held on Sunday.

Bhutto claimed the election commission had failed to take action against the PTI for violating electoral rules.

"PTI resorted to violence & rigging,” he said, adding that despite this, PPP emerged as largest opposition party with 11 seats, up from 3 seats last time. He also shared the list of the party's winning candidates.

PML-N Vice President Maryam said that she has not accepted the results and will never accept them. "I did not accept the 2018 results either or acknowledge this fake government," she tweeted.

She, however, praised the PML-N workers for "putting up a good fight" despite "violence and rigging by PTI" in the elections.

PPP's vice-president Senator Sherry Rehman said, “there is proof of systematic rigging in the election.”

She said PTI workers attacked the PPP worker during polling time, while police had uprooted a camp belonging to her party. "There is a clear difference between the voter lists of several polling stations,” she said.

PML-N spokesperson Marriyum Aurangzeb, in a statement, claimed that to rig the election the PTI "goons" attacked her party's workers in Gujranwala's Alipur Chatha area.

"PTI has been allowed to engage in hooliganism with complete liberty," she said.

However, the region's Election Commission rejected the allegations and said that the polls were held in a fair and peaceful manner.

The chief election commission, Abdul Rashid Sulehria, told the media that he was satisfied with the election process.

The assembly has a total of 53 members but only 45 are directly elected, while five seats are reserved for women and three are meant for the technocrats.

The 45 members directly elected included 33 residents of PoK and 12 refugees’ who came over the years from Kashmir and settled in various cities of Pakistan.

At least two PTI workers were shot and killed in clashes with PPP activists at a polling station in Charhoi area of Kotli district on Sunday. The two men were shot dead by unidentified persons, police said.

Also, at least four soldiers were killed while three soldiers and a civilian driver were injured when their vehicle plunged down a ravine off a curvy mountain road in Laswa area of the region. The soldiers were part of army troops deployed to help maintain peace during the elections.

In another incident, five police constables were injured after Jamaat-e-Islami activists attacked them with batons at the Dhal Chakhya polling station of Jhelum valley district.

A PML-N candidate, Choudhary Muhammad Ismail Gujjar, kicked up a storm as he threatened on Sunday that he would "seek India's help" if the local administration failed to address his concerns after his party's polling agents were removed from a polling station, the Geo News reported.

Following their exit from the polling station, the agents got into a heated argument with the deputy commissioner after which the polling process was halted there. He, however, later clarified to the media that his statement was directed towards the administration.

Region's Secretary Election Commission Muhammad Ghazanfar Khan claimed that the elections were held in a free, fair, and transparent manner.

He expressed satisfaction over the law and order and appreciated the performance of the police and the Pakistan Army for ensuring the peaceful conduct of the elections, in which there were 32 lakh people eligible to vote to elect 45 members of the assembly for a five-year term.

Tehreek-e-Labbaik Pakistan (TLP), the radical Islamist party which was banned in April by the Pakistan government for its violent activities, contested 40 seats but failed to win even a single seat. The TLP was not de-registered by the Election Commission of Pakistan even after the ban, enabling it to take part in the elections.

Apart from the ticket holders of different political parties, a total of 261 independent candidates were also in the race for the 33 constituencies in PoK, while 56 independents were running for the 12 refugees’ seats.