Khan said that India is putting the blame on Pakistan for the terror attack without any substantial proof. 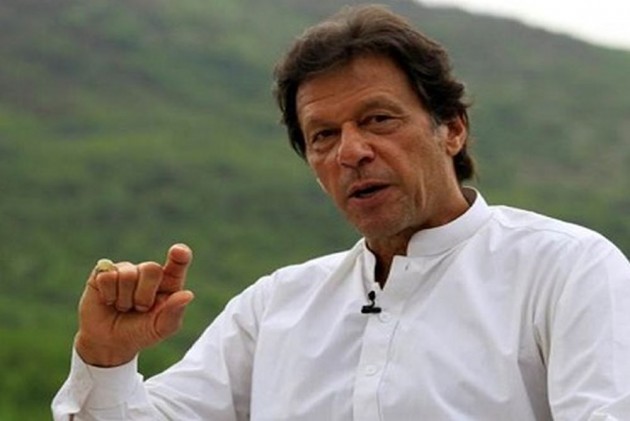 Hours after holding a press conference on Pulwama attack, Pakistan Prime Minister on Tuesday took to Facebook and asked others to not mess with his country.

Earlier, Khan in a press conference rejected India's accusation of Islamabad having a hand in the Pulwama terror attack, and said his country will retaliate in case India starts a war.

"I have been hearing and seeing on Indian media that their politicians are calling for revenge on Pakistan. If India attacks, then Pakistan will not think but retaliate,” he said.

"Starting a war is in our hands, it is easy. But ending war, that is not in our hands, and no one knows what will happen.” Khan said.

He also said that New Delhi wants to "remain stuck in the past" and make his country the "whipping boy, again and again", each time an incident happens in Kashmir.

In a video message, Imran Khan made an offer that his country is ready to help India with any investigation it wants carried out regarding the February 14 Pulwama terror attack.

"Any sort of investigation you wish carried out regarding this incident about the involvement of any Pakistani, we are ready. If you have any actionable intelligence that a Pakistani is involved. Give it to us. I guarantee you we will take action... not because we are under pressure, but because they are acting as enemies of Pakistan."

He said if someone is using Pakistan's soil [to carry out terror attacks elsewhere], "it is enmity with us. It is against our interests."

"If you (Indian govt) thinks you will attack us and we will not think of retaliating, we will retaliate. We all know starting a war is in the hands of humans, where it will lead us only God knows. This issue should be solved through dialogue,” Imran Khan said.

Imran said that whenever Pakistan tries to initiate dialogue with India, Delhi's precondition is that terrorism must be talked about.

Khan said that he understood it was India’s election year and the narrative of blaming Pakistan would make it easier to get votes from the masses but he hoped that better sense will prevail and that India would be open to dialogue.

Imran Khan said he had taken some time to respond to India's accusations regarding the Pulwama attack as his country was expecting the visit of the Saudi Crown Prince, who was in Islamabad on a two-day visit from Sunday.

He said New Delhi had accused his country of involvement without any proof.

"First of all, you accused Pakistan. [There was] no evidence. You never thought, 'What would be in it for Pakistan?'," he said. "Would a fool even do such a thing to sabotage his own conference? And even if he [the crown prince] wasn't visiting, what benefit would Pakistan get from it?"

Hours after Khan's televised address, External Affairs Ministry spokesperson Raveesh Kumar said that the Pakistani Prime Minister has ignored claimsÂÂÂÂÂ made by Jaish-e-Mohammad, which is based in Pakistan, as well as by the terrorist, who perpetrated Pulwama heinous crime.

Replying to insinuations by the Pakistan government that India's response to the terrorist attack is determined by the forthcoming General Election, the MEA spokesperson said, âIndia rejects this false allegation. India's democracy is a model for the world which Pakistan would never understand.

The MEA added,  "We demand Pakistan to stop misleading the international community and take credible and visible action against the perpetrators of Pulwama terrorist attack and other terrorists and terror groups operating from areas under their control".