This week, the Prime Minister of Pakistan, Imran Khan, spoke unequivocally to the world as spokesperson of Taliban. 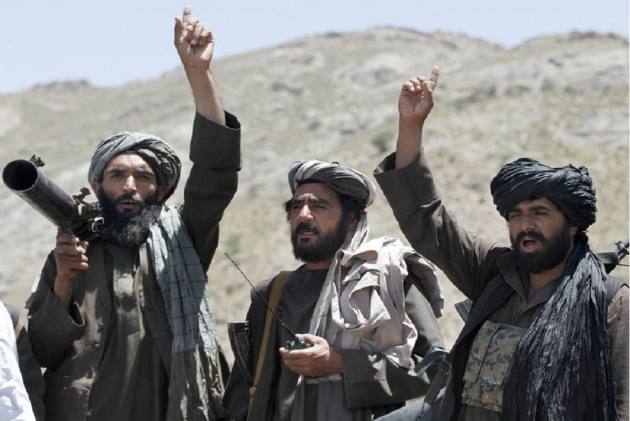 As Taliban forces race ahead at an unbelievable speed towards Kabul since May this year, and the world rages on social media, the lives of Afghans could possibly be changed for the worse very soon. As I write this, the latest update tells me that the Taliban has captured the city of Maidan Shahr, capital city of Wardak province, just 20 kilometers from Kabul. By the time you read this, it’s very likely that the siege of Kabul would have begun.

Taliban could not have achieved this without tacit support from Pakistan. This week, the Prime Minister of Pakistan, Imran Khan, spoke unequivocally to the world as spokesperson of Taliban, stating that Taliban will not stop until Afghan President Ashraf Ghani resigns. Not that the world had any doubts of Pakistan’s involvement in ensuring the fall of the Afghan government, but this gesture validates the bonhomie. And yet, the world, including India for that matter continues to just wait and watch, with no one lifting a finger to help the Afghans. Twitter is abuzz with countries speculating on how they will engage Taliban and Pakistanis mocking Afghani nationals for surrendering to a handful of fighters in spite of having a 300 thousand strong army and even Air Force. This international indifference is nothing new. The only difference is that this crisis could have been avoided or at least contained effectively, had the USA acted a little realistically.

2008, in a meeting with then President Hamid Karzai, the US Vice President-elect, Joe Biden told the Afghan head of state clearly, “Pakistan is fifty times more important than Afghanistan to USA’s interests”, when requested for help in crushing Taliban sanctuaries in Pakistan. Same year, Joe Biden was awarded the second highest civilian award in Pakistan, Hilal-e-Pakistan for securing a 1.5 Bn US dollars nonmilitary grant. From 2002 to 2018, US has given a total of 33 Billion US dollar in aid to Pakistan, 18 of which were meant to boost Pakistan’s efforts to fight terrorism. If only irony had a better face! Extremely corrupt Pakistan military leadership, which merrily pocketed most of this aid, as such accounts can hardly be accounted for, continued to rather support and nurture Taliban under the leadership of Pervez Musharraf, with a hope to install Taliban government in Afghanistan one day, and have more regional control. Pakistan views Afghanistan as its backyard for training and recruiting insurgents against India, and also as strategic depth, should Indian forces push too deep inside Pakistan in a war. Also, since 90s, with the discovery of Oil and Gas resources on Caspian Sea basin, Pakistan has long pined to partner with Central Asian countries to help them route these resources to Arabian sea. TAPI Pipeline project was result of same thinking, but it failed. By gaining control in Afghanistan, the Pakistan establishment can fulfill these agendas and a few more. Having become a total China proxy now, Pakistan will be more than happy to play the lead role in taking Chinese companies to Afghanistan for mining, infrastructure projects etc. The Taliban would need money, China would need resources and Pakistan would be happy taking a juicy cut, as it did for four decades with the USA. Pakistan also gains by creating a Sunni hegemony in the region and stands a better chance to deal with Iran then. And finally, though one may file this under wishful thinking, Pakistan assumes that if Taliban forms government, they will be able to control or pipe down TTP (Tehrik-E-Taliban Pakistan); the nightmare that Pakistan Army faces all along its Pashtun belt. It's a win-win-win for Pakistan, and all that is required for it to achieve this now is ignore the world’s criticism, turn a blind eye to human rights violations by the Taliban, forget about #SanctionPakistan trending and keep every domestic issue aside. Niazi has to carry this ring to Mount Doom now, come what may!

Taking Over Afghanistan By Force Won’t Grant You International Recognition: Blinken To Taliban

The US had to leave, that was for sure. And the Afghan Army had to take control of things in their own hands. But you cannot expect someone to learn flying just because you carried them in your plane for two decades. This is against all tenets of humanity and refuge. And most importantly, everyone, including the US knows that the adrenaline that’s being pumped into Taliban is coming from Pakistan. So why have they not done anything to stop that at least? Not even a threat of sanctions. The recent visit to the US by Pakistan’s NSA Moeed Yusuf bore results it seems. Strategically, it would make more sense to get forces on ground and fight the Taliban now as they are out in the open. Decisive blows can be given, which could not happen in two decades due to lack of sustained and prolonged combat engagement.

What the world is missing out, or simply ignoring, is that the moment the Taliban take over Afghanistan, it will become a safe haven for resurgence, planning and recruiting for Islamic terrorist organizations, like ISIS and Al Qaeda. Will we see a rerun of the 1996-2001 era and attacks on all countries, that will someday again lead to joint forces landing in Afghanistan to deal with Taliban and gangs? And yet, no one is ready to solve the problem at its root – Islamabad.

It's unimaginable to think what Afghans, especially young women, would be going through today in Afghanistan. With Taliban issuing diktats to send a list of all 15-40 year old girls and widows, to be married to their fighters, and already imposing strict Sharia laws in the territory they control, the future is very uncertain for young women in Afghanistan. And the irony of it all is that Pakistan and China are members of the UN Human Rights Council.

Wars have a tendency to surprise with their results. So the hope is still alive and as every Afghan citizen fights for their freedom and life, it is time that the global powers act on it and stop the Taliban advance before it's too late.

(The author is a decorated veteran, who now works in Energy Innovation and Rural Development. Views expressed are personal and do not necessarily reflect those of Outlook Magazine.)