The development came after Prime Minister Khan on Friday hinted at further changes to his Cabinet in the days to come. 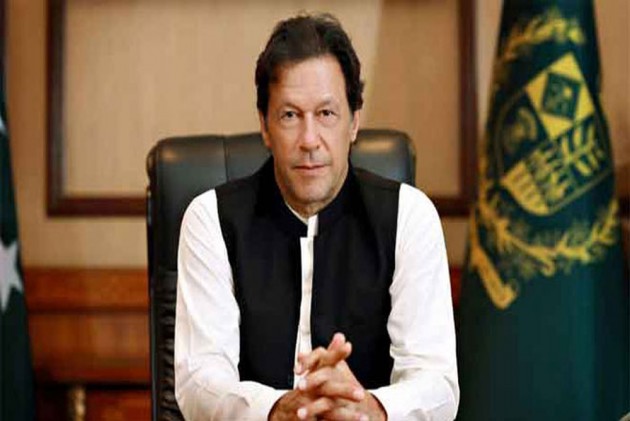 Prime Minister Imran Khan's government has removed chiefs of the State Bank of Pakistan and the Federal Board of Revenue, a surprise move that comes days after an IMF team visited Islamabad to hold talks for a bailout package to the cash-strapped country.

The development came after Prime Minister Khan on Friday hinted at further changes to his Cabinet in the days to come.

Although there was no formal announcement, but the Dawn newspaper reported on Saturday that State Bank of Pakistan (SBP) Governor Tariq Bajwa confirmed that he was asked to resign while he was in Islamabad for talks with the International Monetary Fund (IMF).

A delegation of the IMF arrived in Pakistan on Monday to hold technical discussions for a bailout package to the cash-strapped country, days after Prime Minister Khan met IMF chief Christine Lagarde in China.

Pakistan is seeking USD 8 billion from the IMF to bail itself out from a severe balance-of-payments crisis that threatens to cripple the country's economy.

With the generous Chinese assistance, Pakistan has so far received a total of USD 9.1 billion in financial aid packages from friendly countries during the current fiscal year.

The talks with the IMF are supposedly 'progressing' according to prime minister's adviser on finance Hafeez Shaikh who has recently replaced finance minister Asad Umar, the report said.

Asked if the sacking during the IMF talks might send a negative signal to the markets, Shaikh said: "I hope the markets are going to look at our actions and decide. They have to see the totality of the actions and our policies".

It was unclear how the change of such senior and important officers will affect the talks with the IMF, the report said.

Both officers seem to have been taken by surprise, as Federal Board of Revenue (FBR) Chairman Jahanzeb Khan was scheduling meetings for Saturday till late Friday night when the news of his departure flashed across TV screens.

Similarly, Bajwa was participating in what many consider the last leg of negotiations with the IMF before the finalisation of a programme.

Both the SBP governor and the FBR chairman are key players in any IMF programme.

The governor is actually one of the signatories to any programme, and the FBR chairman is tasked with meeting the revenue target that usually lies at the heart of any programme.

Bajwa and Jahanzeb are Grade 22 officers of the Pakistan Administrative Service, though the former was appointed after his retirement.

There was little indication in the days leading up to the removal about unhappiness with the performance of Bajwa.

However, about Jahanzeb, both former finance minister Asad Umar and Prime Minister Khan have given public statements expressing their disappointment over his performance.

Sources in the Finance Ministry, who were privy to the developments, told the Dawn that the FBR chairman was viewed by prime minister Khan as "a mediocre person", lacking dynamism, and was held largely responsible for the lacklustre revenue performance since his appointment.

The FBR is on course to register one of the highest shortfalls of its history by the close of this fiscal year, anticipated to come in above Rs 350 billion.

The sources said the recently appointed finance adviser agreed with the prime minister's views, and seemed to be moving to bring in his own team to manage the country's finances.