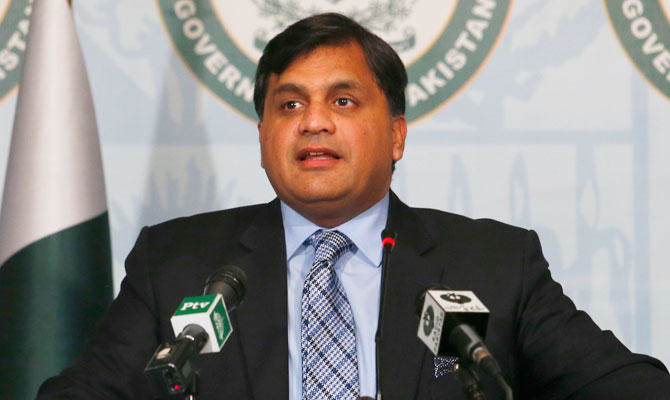 Pakistan on Wednesday said it would "immediately enforce the sanctions" imposed by the UN on JeM chief Masood Azhar and said it agreed to his listing after all "political references", including attempts to link him to the Pulwama attack were removed from the proposal.

Pakistan foreign office spokesman Mohammad Faisal also rejected the world body's move as a "victory for India and validation of its stance" as projected by the Indian media.

"Pakistan maintains that terrorism is a menace to the world...the UNSC 1267 Sanctions Committee listing is governed by clear rules and its decisions are taken through consensus...Pakistan has always advocated the need for respecting these technical rules and has opposed the politicisation of the committee," Faisal said.

He said earlier proposals to list Azhar failed to generate the requisite consensus in the Sanctions Committee as the information did not meet its technical criteria.

"These proposals were aimed at maligning Pakistan...and were thus rejected by Pakistan," he said, noting that "the current listing proposal has been agreed after all political references, including removal of attempts to link it with Pulwama".

He also said Pakistan would "immediately enforce the sanctions" imposed on Azhar.