The statue will be installed outside the Mai Jindian Haveli in Lahore Fort, just nearby the building that houses the samadhi of Maharaja as well as the Gurudwara Dera Sahib of Guru Arjun Dev. 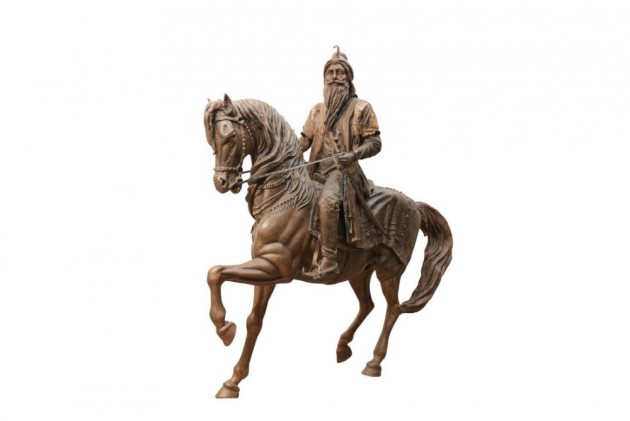 On the occasion of the 180th death anniversary of Maharaja Ranjit Singh, who ruled Punjab for almost four decades, a life-size statue of the ruler will be unveiled in Lahore on Thursday.

The statue will be installed outside the Mai Jindian Haveli in Lahore Fort, just nearby the building that houses the samadhi of Maharaja as well as the Gurudwara Dera Sahib of Guru Arjun Dev.

The pictures of the statue show Maharaja Ranjit Singh riding his favourite Arabic horse Kahar Bahar. It is being installed under the auspices of the Walled City of Lahore Authority (WCLA) in collaboration with S K Foundation, a UK-based Sikh body, reports said.

The statue, one of a kind, took eight months to construct and was made under the supervision of Faqir Syed Saifuddin, Director of Lahore's famous private Faqir Khana Museum. When compared to other statues of Maharaja Ranjit Singh in this region, the sculpture is matchless in its making finished in fiber cold bronze material.

Three artist-sculptors from Lahore’s National College of Art and Naqsh School of Art made the statue under Saifuddin's direction, the Indian Express reported.

“The statue has been made using the cold bronze technique. It took nearly eight months to make, and is the most beautiful statue of Ranjit Singh to be made, even more than the ones in Amritsar and Delhi,” Indian Express quoted Saifuddin him as saying.

“There is a great deal of Sikh heritage in and around Lahore Fort, including the Ranjit Singh samadhi, and the Gurudwara Dera Sahib. We also have a Sikh Gallery inside the fort now,”  said Lahiri.