After stabbing the professor, the student was heard shouting, “I have killed him, I had told him that a gender mix reception is against Islam.” 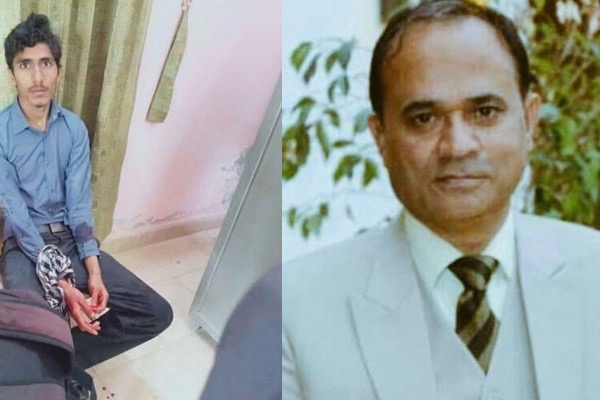 A Pakistani student allegedly stabbed a professor to death over the latter’s “anti-Islam” comments and for scheduling a mixed gathering of male and female students at a college party in Bahawalpur.

According to police, Khateeb Hussain, a student enrolled in the English department, had exchanged hot words with Prof Hameed in the morning over the arranging of a 'welcome party' at the college.

The event, being overseen by the professor, was to be held on March 21 to welcome new students to the college, police said.

Police sources told DawnNews that Hussain viewed the mingling of male and female students as "un-Islamic".

Following an argument, Hussain stabbed the professor in the abdomen and head, police said. Hameed was taken to the Bahawalpur Victoria Hospital, where he succumbed to his injuries.

Police have arrested the suspect along with the murder weapon and registered an FIR under Section 302 (intentional murder) of the Pakistan Penal Code and Section 7 of the Anti-Terrorism Act on a complaint of the deceased teacher's son.

Prof Hameed's son told police that the incident took place when he had gone to drop his father off at the college along with two others. As his father proceeded to enter his office the son saw the attacker hiding behind a pillar and then suddenly charging at the teacher with a knife.

After stabbing the professor, the student was heard shouting, “I have killed him, I had told him that a gender mix reception is against Islam.”

According to the son, the attacker said he had killed the professor because he supported the scheduled function in which "obscenity is promoted".

In a video confession, the student said that he had no remorse over his actions as the professor had uttered “anti-Islam comments”. Upon being asked why he did not choose a legal course against the professor, he said that the “country’s laws pave way for freedom of blasphemers”.

According to police, the student did not have links with any religious group and had cited the professor’s role in planning the event as the motive for the crime. Police also said that they were investigating the student’s past and the reasons behind his mindset.

The Punjab Professors and Lecturers Association strongly condemned the murder and demanded that the district administration bring the perpetrators of the crime to book under anti-terrorism laws within 10 days. It also demanded that steps be taken to ensure the safety of the teachers.

People took to social media to condemn the murder.

Former chief minister Shahbaz Sharif tweeted that the teacher's murder at the hands of a student because of a difference in opinion was "a moment of reflection for the entire nation".

Horrific news from Bahawalpur where a student has slashed his professor to death because of his proposal for a college welcome party which the student deemed to be 'anti-Islamic'. Another life senselessly lost to the religious rot our system stuffs into our children's brains. pic.twitter.com/dlYaqo0Lro

So there was a concerted campaign by the murderer & rightwing students against the 'party' before the killing. Unbelievably tragic how we've created hordes of young people who believe having a mild amount of fun is reason enough to murder someone. What a waste of a generation. pic.twitter.com/w1fdm5Hefi