Pakistani Women Sold In Marriage, Then Prostitution In China

Pakistani families are told their daughters will be wed to well-off businessmen and given good lives in China, while Chinese men find brides in a country where men outnumber women. 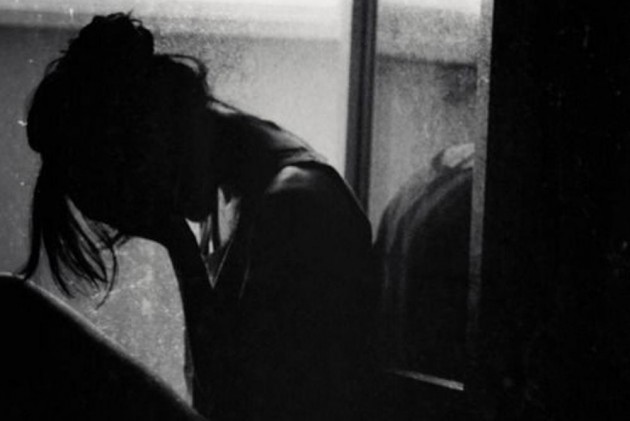 At first, in her desperate calls home to her mother in Pakistan, Natasha Masih couldn't bring herself to say what they were doing to her.

All the 19-year-old would say was that her new husband — a Chinese man her family sold her off to in marriage — was torturing her. Eventually, she broke down and told her mother the full story, pleading with her to bring her home. The husband had hidden her away in a hotel in a remote corner of China and for the past weeks had been forcing her to have sex with other men.

"I bought you in Pakistan," she said her husband told her. "You belong to me. You are my property."

Her mother turned to the only people she knew who could help, her small evangelical church in a run-down slum of the Pakistani city of Faisalabad. There, a group of parishioners began putting together an elaborate plan to rescue the girl from the hotel more than 1,100 miles away.

Natasha was one of the hundreds of Pakistani girls who have been married off to Chinese men in return for cash payments to their families, most of them Christians, a community that is among the poorest of the poor in the country. The Associated Press reported previously how Christian pastors and Pakistani and Chinese brokers work together in a lucrative trade, aggressively pursuing Pakistani girls who are tricked into fraudulent marriages and find themselves trapped in China with sometimes abusive husbands.

Since then, police investigations have uncovered that many of the women are forced into prostitution in China. A picture of the extent of the trafficking networks has emerged from a series of arrests and raids in recent weeks by Pakistan's Federal Investigation Agency, as well as testimony from victims, many of whom were previously too frightened to come forward.

The AP spoke to seven girls who had been forced into prostitution — four of them still in China.

Families are told their daughters will be wed to well-off businessmen and given good lives in China, and the marriage trade is depicted as a benefit for all sides — impoverished parents receive money, while Chinese men find brides in a country where men outnumber women.

But investigators are increasingly convinced that the majority of the girls are sold into prostitution, two law enforcement officials familiar with the investigations told the AP.

"The girls who are interviewed say they were tortured" — using a euphemism for rape and forced prostitution, said one of the officials.

"They are afraid for their families and for the disgust they fear they will feel. ... Make no mistake, this is trafficking." However, even as investigators are uncovering the scope of the trade, the Pakistani government has sought to keep it quiet.

Senior government officials have ordered investigators to remain silent about the trafficking because they don't want to jeopardize Pakistan's increasingly close economic relationship with China, the two officials said, speaking on condition of anonymity for that reason.

Beijing is investing billions of dollars in Pakistan as part of its Belt and Road Initiative, a global endeavor aimed at reconstituting the Silk Road and linking China to all corners of Asia. Under a USD 75 billion project known as the China-Pakistan Economic Corridor, Beijing has promised a sprawling package of infrastructure development, from road construction and power plants to agriculture.

The largest component is a 3,200-kilometer road linking China to Pakistan's deep-water port of Gwadar on the Arabian Sea.

In Pakistan, it has been billed as a massive development program that will bring new prosperity to the South Asian nation, where the average citizen lives on just USD 125 a month. Since 2015, thousands of Chinese have arrived in Pakistan to work on a multitude of projects.

China's ambassador to Pakistan has gone on local television channels denying girls are trafficked to China and sold into prostitution. The issue of human trafficking was not discussed during a visit to Pakistan this month by China's vice president, Wang Qishan, who held talks with Prime Minister Imran Khan and Pakistan's president. In comments carried in the Pakistani press, Wang denied trafficking was taking place — and referred to an online video that traffickers often use to lure in families, showing Pakistani brides in China dancing and happy.

"China is denying it is happening, but we are showing the proof," said Saleem Iqbal, an activist in Pakistan's small Christian minority who has helped bring girls back from China and collects evidence of trafficking networks that he provides to police.

The AP spoke by messaging app with Arooj, a Pakistani girl still trapped in China. She said her husband beat her and would come home drunk with friends and force her to have sex with them. Like many of the girls, she wasn't sure where she was in China; often they are taken from Beijing on flights elsewhere in the country, then driven for hours to small towns, without being told the destination.

Ijaz Alam Augustine, the human rights and minorities minister in Pakistan's Punjab province, estimated that more than 500 women have been trafficked to China, while Iqbal put the figure at 750 to 1,000.

In early May, Pakistani police swept through posh neighbourhoods in the Punjab provincial capital of Lahore and in the national capital, Islamabad. They arrested Chinese nationals and their Pakistani partners involved in two marriage-broker networks that sought out Pakistani girls for Chinese grooms. They all now face trafficking charges.