It is the first high-level visit of any Pakistani official to Afghanistan since the Taliban took over of Kabul on August 15, in a move that surprised both their foes and friends. 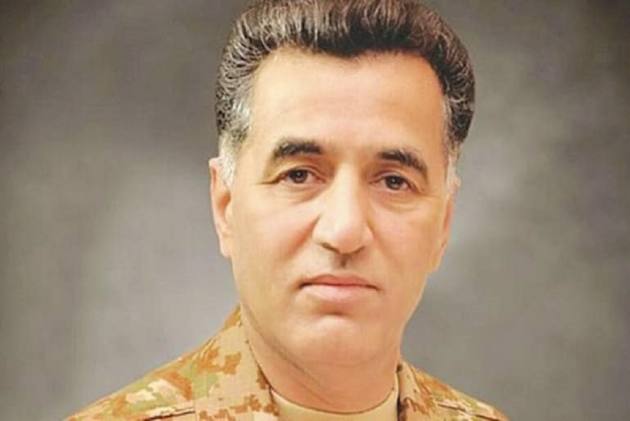 Pakistan's Inter-Services Intelligence (ISI) chief Lieutenant General Faiz Hameed made an unannounced visit to Afghanistan on Saturday expressed confidence that "everything will be okay" in the war-weary country.

It is the first high-level visit of any Pakistani official to Afghanistan since the Taliban took over of Kabul on August 15, in a move that surprised both their foes and friends.

How Taliban Functions: All You Need To Know About The Organisation

In a short video clip circulated in the media, Hameed is seen trying to respond to questions by a journalist who first asked: “Will you be meeting senior people in the Taliban?”

“No, I’m not clear…” the ISI chief said and looked towards Pakistan ambassador to Kabul Mansour Ahmad Khan, who was standing by his side, to respond to the question.

But before Khan said anything, the journalist posed another question.

“What do you hope is going to happen now in Afghanistan?" he was asked.

“I have just landed…,” Hameed said and once again looked towards Khan who quipped: “We are working for peace and stability in Afghanistan.”

At this Hameed smiled and said: “Don’t worry, everything will be okay.”

Hameed's visit to Afghanistan comes as pressure is mounting on the Taliban to form an inclusive government acceptable to the international community.

Earlier, Pakistan Observer newspaper reported that the ISI chief was expected to meet the Taliban leaders and commanders.

“Issues relating to Pak-Afghan security, economy, and other matters will be taken up with the Taliban leadership,” the report said, quoting sources.

The Taliban have been trying to form a government but so far have held back the announcement.

The Taliban have postponed the formation of a new government in Afghanistan for next week, their spokesman Zabiullah Mujahid said on Saturday, as the insurgent group struggles to give shape to a broad-based and inclusive administration acceptable to the international community.

According to the Express Tribune, Hameed will also meet Pakistan's envoy in Kabul to discuss the matter of repatriation and transit through Pakistan of foreign nationals and Afghans fleeing Taliban rule.

"The issue of pending requests from countries and international organisations for the repatriation/transit through Pakistan and the need to determine the mechanism through which Pakistan could allow these, in coordination with the ground authorities in Afghanistan will be discussed during the meeting with the Taliban officials,” it said, quoting sources.

The intelligence chief will spend a day in the Afghan capital, the Geo News reported.

Border management is another important issue that will come under discussion during the visit of Hameed, it said.

Pakistan was often accused by the Afghanistan government of giving the Taliban military aid, a charge denied by Islamabad.

Hameed's visit to Kabul came as Army chief General Qamar Javed Bajwa met with British Foreign Secretary Dominic Raab earlier in the day and said that Pakistan will assist in the formation of an inclusive administration in Afghanistan.